2021 Delivers a Record Year and New CEO to CPT Global 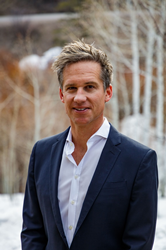 "With Luke at the helm, we’re committed to continuing our growth as world-class mainframe experts for customers around the world, as well as investing heavily in our team's ability to solve our client’s deeper technology challenges."

"I'm extremely confident in our team’s ability to continue delivering outstanding service to our customers," Luke said about becoming the new CEO. "We have a deep bench of highly talented people who I trust and respect, and we keep investing heavily in talent and business development so we can deliver the most innovative and cost-effective technology solutions to our customers."

The transition will have a big impact on where CPT Global is headed, particularly regarding advanced and emerging technologies. Under Luke's direction, the company plans to continue growing these areas while maintaining its focus on mainframe consulting. The change in CEO is just one of many initiatives CPT Global is pursuing to expand its business model and global reach.

"With Luke at the helm, we’re committed to continuing our growth as world-class mainframe experts for customers around the world, as well as investing heavily in our team's ability to solve our client’s deeper technology challenges," said Gerry Tuddenham, who will spearhead a new IT tools and software initiative as Board Director. “Luke is someone who knows how CPT operates from the inside out and has become an inspired, effective leader. As the company heads into future, we expect to see some of CPT Global’s biggest growth yet.”

In his new position as CEO, Luke brings a wealth of tech experience and enterprise knowledge to CPT Global, where he’s played an instrumental role in the company's recent growth.

"Before ever joining CPT, Gerry helped guide me in business as a mentor and visionary, especially as I watched him build the company from scratch and shape CPT Global into what it is today. As the new CEO, I plan to build on this success and legacy by taking the company even further in terms of its talent and service capabilities,” Luke said, adding, "I'm energized by this new opportunity and excited to be in Melbourne working together with the team so we can execute our strategy of making an even bigger impact with our customers globally.”

Luke joined CPT in 2005, overseeing the company’s Australian and US markets, before becoming Vice President in 2011. In 2016, Luke was named President of the Americas and Europe, where he played a critical role in helping the company generate record-breaking revenue and profit margins in FY2021.

Starting his career in Melbourne with Andersen in 2007, Luke joined CPT Global following his time at PricewaterhouseCoopers. In addition to being a graduate of Columbia University’s Business School with a Bachelor of Business Information Systems and a Certificate in Business Excellence, Luke maintains membership in the Australian Computer Society and the Australian Institute of Company Directors.

CPT Global is a technology consulting firm with a strong focus on mainframe and emerging technologies. Approaching its 30th year in business, the company has helped 80% of the world’s largest banks and many other Fortune 500 companies maximize their IT investments and enhance their mainframe capabilities.

Headquartered in Melbourne, Australia, CPT Global has over 180 employees worldwide and serves an impressive roster of clients in more than 70 countries around the world. The company has been recognized by Gartner as a leader in mainframe management and for its success with the IBM Z platform.