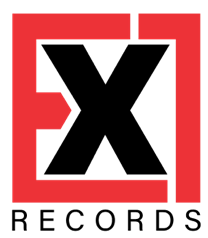 As the nominations for the 64th Annual GRAMMY® Awards were read today, a collection of career-firsts were established for numerous artists and labels including Explorer1 Music Group/EX1 Records. The full service label – in partnership with their chart-topping artist Mammoth WVH – secured a nomination in the Best Rock Song Category for the #1 single at Active Rock radio “Distance.” The nomination is the first for Explorer1 Music Group/Ex1 Records as well as Wolfgang Van Halen and Mammoth WVH. The nomination video for the category can be found here: https://www.instagram.com/tv/CWoNk0uga3A/. The winners for the 64th Annual GRAMMY® Awards will be unveiled on January 31, 2022.

“We immediately knew that Distance was a special song from the very first listen” said Paul Woolnough, Founder and CEO of Explorer1 Music Group. “As the weeks and then months went by it became clear the personal message and heartfelt emotion was undeniable and relatable for anyone that has suffered loss or experienced heartache. We could not be prouder to be partners with Wolfgang as we congratulate him on the nomination and celebrate this journey together”

As Wolfgang Van Halen shared his excitement on social media, he exclaimed: “Holy shit! I just got nominated for a GRAMMY.”

Writing all the songs and performing all the instrumentation and vocals for the debut album Mammoth WVH, Wolfgang Van Halen set out to establish his own musical identity. From the rocking opening guitar riff on album opener “Mr. Ed” to the driving bass and drums on album closer “Stone,” Mammoth WVH showcases the various musical influences that have inspired Wolfgang. Songs like “Resolve,” “The Big Picture” and “Think It Over” are all sonically different from each other but unique to what Mammoth WVH is. The album spawned two #1 singles at Active Rock to date: the tribute to his father “Distance” and the anthemic rocker “Don’t Back Down.” Mammoth WVH made their television performance debuts of the first single “Distance” last month as an electric performance on Jimmy Kimmel Live! and an exclusive acoustic arrangement on NBC News TODAY.

About Mammoth WVH:
First impressions last a lifetime. Wolfgang Van Halen has prepared a lifetime to make his first impression with his solo band Mammoth WVH. The songwriter, vocalist, and multi-instrumentalist worked tirelessly on material that would become his self-titled debut album – now available via EX1 Records as a part of his partnership with Explorer1 Music Group. Playing every instrument and singing each and every note, his music presents a personal and powerful perspective, balancing memorable hooks and tight technicality. As many times as audiences have experienced his talent alongside the likes of Tremonti, Clint Lowery, and of course, Van Halen, Wolfgang has now stepped into the spotlight with his own brand - Mammoth WVH