The TASTE AWARDS Committee is pleased to announce inductees in the Eighth class of the TASTE HALL OF FAME. Inductees include tastemakers, celebrities and industry leaders such as Gail Simmons, Gary Vaynerchuk, Jon Taffer, Nigella Lawson, Questlove, Ruth Reichl, and Zendaya. 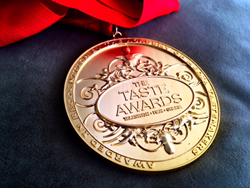 The TASTE AWARDS Committee, celebrating the best in food, fashion, and lifestyle programming on television, film, online and streaming video, on radio and in podcasts, is pleased to announce inductees in the Eighth class of the TASTE HALL OF FAME. Inductees include tastemakers, celebrities, and industry leaders such as Gail Simmons, Gary Vaynerchuk, Jon Taffer, Nigella Lawson, Questlove, Ruth Reichl, and Zendaya.

Eighth year TASTE HALL OF FAME Inductees are selected based on either having received numerous TASTE AWARDS and finalist nominations over the years, or having made a significant impact in the world of taste and broadcast entertainment. Inductees range from television and movies, to online video, radio, and real world experiences.

Says TASTE AWARDS Chair, A.K Crump, “We are very proud of this year’s TASTE Hall of Fame inductees and all that they have achieved and contributed. In a normal year we would hold their induction during the annual TASTE AWARDS ceremony and awards show in Beverly Hills. This year it does look like we’ll be doing at least that portion virtually.” The Academy also has announced plans for a live Hall of Fame exhibition in California in fall of 2021.

The viewer appetite and response to food and style programs has surged over the last decade, making them some of the highest watched and sponsored broadcast and broadband content. The TASTE AWARDS spotlight the year’s best achievements in food, fashion, and lifestyle programs on television, in film, online, in podcasts and on radio.

As an awards show and as an industry networking and validation event, the TASTE Awards have launched scores of notable business partnerships and projects for nominees, winners, presenters, and sponsors.

Along with the TASTE Hall of Fame announcement, several association partnerships and sponsorships for the upcoming TASTE Awards include TasteTV, Intermezzo Magazine, SIP For the Love of Drink Magazine, Schiltz Farm’s Roast Goose, PRWeb, SIXTY Beverly Hills, Clubcard Printing, BridalChocolate.com, KRCB, and FilmFreeway. In honor of this year's TASTE AWARDS, a collab with R&B Cellars has also released an ultra-limited edition fine wine of only 100 bottles called "Domaine de Taste: The Gift".

For more information about the TASTE Awards, go to http://www.TheTasteAwards.com, as well as get updates on Twitter at http://www.Twitter.com/TASTEAwards. Previous TASTE HALL OF FAME classes can be seen at http://www.TasteHallofFame.com