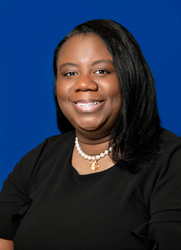 As Vote Run Lead's first ever Chief Communications Officer, Waide will partner with stakeholders to align the organization around key strategic imperatives and facilitate the dissemination of messaging and communications efforts.

"Cheryl brings depth in combining social change politics and broader popular culture to create real change," said Erin Vilardi, Chief Executive Officer at Vote Run Lead. "She will lead VRL into our next phase by powering our political voice and expanding our reach to serve every woman ready to run. Her leadership will help empower another generation of women and I am thrilled to work side-by-side with her."

As Vote Run Lead's first ever Chief Communications Officer, Cheryl will partner with stakeholders to align the organization around key strategic imperatives and facilitate the dissemination of messaging and communications efforts internally and externally. She will be responsible for elevating Vote Run Lead's brand while expanding the organization's reach and constituent base.

"History teaches us that women in public leadership roles can change the way the world works," said Cheryl Renée Waide. "I am grateful for the opportunity to help shift the narrative to educate and empower women on how to run for office to ensure that reflective and equitable gender parity in local, state and federal elected leadership is achieved in our lifetime and not decades in the future. Our communities can't wait any longer for real, structural change."

Cheryl has over 22 years of expertise in online and offline paid and earned media strategy development, rapid response messaging, crisis public relations, government affairs, issue management, branding, project, and staff management. Immediately prior to joining Vote Run Lead she served as Statewide Communications Director at Florida Rising. Prior to that, she was the Deputy Communications Director for a ranking member of the United States Congress in Florida's delegation. She held management positions at several Fortune 500 companies including Moët Hennessy Louis Vuitton, Iheart Media, Discovery Channel, and MTV Networks.