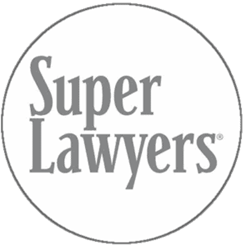 An honor bestowed upon only 5% of all attorneys in the New York Metro area who’ve exhibited excellence in their practice.

Each attorney who is nominated for the New York Metro Super Lawyers list will have to undergo a rigorous selection process, ensuring that only the top attorneys in the area are recognized with this great honor.

To start, an attorney will enter the nomination phase, wherein peers, third parties, and the Super Lawyers research team will collaborate to ensure only a certain number of attorneys are nominated for the recognition.

From here, Super Lawyers will conduct a period of independent research, in which they will evaluate each attorney based on 12 indicators of professional achievement. Those indicators include their position within their firm, verdicts/settlements they’ve reached, honors/awards they’ve received in the past, their experience in the field, pro bono and community service, professional activity, scholarly lectures/writings, and more.

Next, the attorney in question will undergo peer evaluation, wherein only attorneys with the highest point totals thus far will evaluate other candidates within their primary practice area to determine whether they qualify for final selection. Finally, only 5% of attorneys will be selected for the Super Lawyers Metro list at the end of the selection process.

Were you hurt in an accident due to the negligence of another? Whether a car accident, a slip and fall, or a case of medical malpractice, accident victims throughout the New York Metro area have turned to the Law Office of Richard M. Kenny for aggressive representation for years, and if you were hurt, you can feel confident their services as well. Contact the firm today to schedule a free case evaluation.