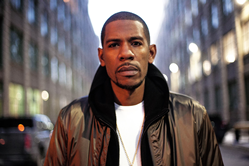 We are honored to be partnering with such an influential artist like Young Guru who is not only musically gifted, but is also such a force in the community.

Joué Music Instruments, an innovator of unique music creative instrument, is proud to announce its partnership with Grammy-winning music artist Young Guru on an exclusive sound pack for its Joué Play with proceeds supporting 211 Community Impact.

Young Guru, who the Wall Street Journal profiled as “the most famous and successful engineer in the history of hip-hop,” is a Grammy-winning producer, sound engineer and educator. Commonly labeled as “The Sound of New York” having mixed ten of Jay-Z’s albums, Guru began his career in the late-1980s as a DJ, quickly expanding to become a highly sought-after sound engineering, eventually aligning with Jay-Z in the 1990s. Guru has worked with major artists including Beyoncé, Rihanna, Ludacris, Ghostface Killah, Cam'ron, and many others.

In its mission to free people's creativity, Joué Music offers beginners a new way to experiment music creation with an all-in-one system composed of a versatile instrument with a premium touch feeling, an intuitive dedicated app that allows to experiment immediately and interactive content with built-in tutorials and covers to play popular songs.

Artist Packs from Joué Music Instruments are designed specifically for the Joué Play. These custom sounds provide users an opportunity to explore sounds that reflect an artist’s musical universe for creative expression. Having previously released several Artist Packs with French-based artists, Young Guru will be the first US-based international music artist on Joué’s roster with plans to expand in North America.

All proceeds from the Young Guru Artist Pack for Joué will benefit 211 Community Impact, a non-profit organization chosen by Guru. 211 Community Impact (also known as 211ci) is a Newark, New Jersey organization on a mission to stimulate interest in community issues and foster action for change. They provide community education programs, public policy information and general resources for active community engagement for Newark residents. Raised in Newark, Guru has been involved with the local community for decades.

“We are honored to be partnering with such an influential and respected artist like Young Guru who is not only musically and technically gifted, but is also such a force in the music culture and community,” says Pascal Joguet, Co-founder/CEO of Joué Music

The Young Guru Artist Pack from Joué Music will be available in early-2023.