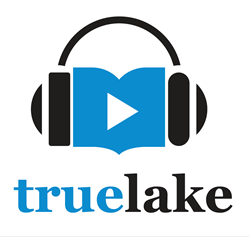 In the case, TrueLake BJ alleges that Kugou has infringed its copyright by providing unauthorized access to some of its most popular audio recordings. According to numbers made available to the public through the Kugou iPhone app (https://apps.apple.com/cn/app/%E9%85%B7%E7%8B%97%E9%9F%B3%E4%B9%90/id472208016), these works have been accessed or downloaded over five million times by its users. TrueLake BJ has claimed damages of 2.5 million Chinese Yuan.

In the United States, TrueLake HK has formally requested through the Apple dispute portal (https://www.apple.com/legal/internet-services/itunes/appstorenotices) that Kugou’s iPhone app be removed from Apple’s App Store until the alleged infringing content is removed from Kugou’s app or the library that provides content to the Kugou iPhone app.

Beijing TrueLake Culture Development Limited is the China operations partner for TrueLake Holdings Limited, a media publisher, specializing in Mandarin and foreign language content. It produces and distributes audiobook versions of "The Joy of Life" (Qing Yu Nian), one of the best-selling Chinese Internet novels of all time, and "The Story of Yanxi Palace" (Yan Xi Gong Lve), based upon the top TV series in China in 2018, and has carried Mandarin versions of international mega-hits by authors like Dan Brown’s "The Da Vinci Code", Stephen King’s "IT" and "Rita Hayward and the Shawshank Redemption", George R.R. Martin’s "A Song of Ice and Fire" series, popularly known as "Game of Thrones", and a Mandarin-English bilingual version of "Diary of a Wimpy Kid" by Jeff Kinney. In 2020, TrueLake began producing ebooks and video content.

TrueLake’s distribution channel includes the major Internet audio platforms in China, reaching over 95% of the Chinese audiobook market. Its international sales efforts are shored up by its distribution network to over 80,000 libraries, schools and institutions, as well as to individual users.