The Group of Thirty today announced succession in its leadership. 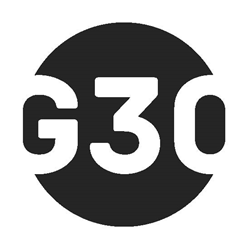 Mark Carney, Chair of Brookfield Asset Management and former Governor of the Bank of England and Bank of Canada, will become Chair of the Group of Thirty.

Jacob Frenkel stated, “I would like to express profound thanks and deep appreciation to Tharman Shanmugaratnam. During his five-year term as a skillful and dedicated Chairman of the Group, his leadership has been highly professional, inspiring, collegial, and creative. It is with great pleasure that the Group of Thirty’s Board of Trustees has appointed Mark Carney to succeed Tharman as Chair of the Group. We are confident that Mark will succeed in leading the Group over the next five years and that under his stewardship the G30 will continue to make important contributions and play a valuable role in discourse concerning the international financial system. Together with Tharman as Chairman of the Board of Trustees, I know the Group is in very capable hands.”

Tharman Shanmugaratnam said, “We extend our deep appreciation to Jacob Frenkel who has led the G30 so capably and diplomatically over more than twenty years. We salute Jacob’s career of leadership in international finance and sustained service to the Group and look forward to his continued contributions to the Group in his new capacity as Chairman Emeritus. It will be a great pleasure to work with Mark Carney, our new Chair of the Group of Thirty, who brings exceptional leadership experience in central banking and global finance.”

Mark Carney stated, “It is an honor to take up the role of Chair of the Group of Thirty and to follow the great tradition of excellence and impact established by my highly esteemed predecessors. The G30’s work informs the dialogue within the global financial, regulatory, and central banking communities in order to further their objectives. To that end, I look forward to engaging with my fellow G30 Trustees and members so that our discussions, seminars, and research projects contribute to the pursuit of price stability, financial stability, and strong, resilient and sustainable growth.” He added: “I would like to thank and salute Jacob Frenkel and Tharman Shanmugaratnam, who have led the Group with such distinction, insight, and aplomb.”