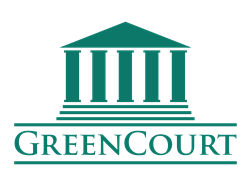 Cathelene “Tina” Robinson, Clerk of the Superior and Magistrate Courts of Fulton County (Georgia) and President of the Council stated, “Thus far, the partnership between The Clerks’ Council and GreenCourt has been extremely successful and rewarding."

GreenCourt Legal Technologies, LLC (“GreenCourt”) and the Council of Superior Court Clerks of Georgia (“the Council”) announce today the renewal of their joint agreement to make electronic filing and records access services available to all of Georgia’s Superior and State Courts. First executed in 2014, the renewal of the agreement extends this relationship through 2032.

Cathelene “Tina” Robinson, Clerk of the Superior and Magistrate Courts of Fulton County (Georgia) and President of the Council stated, “Thus far, the partnership between The Clerks’ Council and GreenCourt has been extremely successful and rewarding. I am hopeful that through continued effective communication and a commitment to serving, this collaboration and the good things that derive from it will continue for some time.”

In December 2014, GreenCourt formally debuted the PeachCourt eFiling and records access system after a rigorous proving stage under the direction of Sheila Studdard, Clerk of the Superior, State and Magistrate Courts of Fayette County (Georgia). “From day number one, GreenCourt has treated the court record with the same respect I do as the custodian of that record and a constitutional officer. After processing tens of thousands of filings, I feel the same today as I did when we received our first filing in 2014. GreenCourt has earned my trust. The team understands the unique nature of this office,” said Studdard.

Since 2014, GreenCourt has integrated PeachCourt with a wide variety of court case management systems. GreenCourt’s CourtSync™ application programming interface (API) adapts to any vendor’s application, which makes changing case management systems smooth and nearly effortless. “My office made the decision to adopt civil eFiling in 2015, years before the 2018 legislation mandated eFiling in all civil cases. At that time, GreenCourt had me up and running in a matter of weeks. In 2019, with nearly 100% of all civil case filings flowing to my office via PeachCourt, my office made the decision to change from one court case management system to another. Once again, GreenCourt took excellent care of my office. PeachCourt provided uninterrupted eFiling service for my constituents. No one outside my office noticed any difference whatsoever. We trust GreenCourt to make everything work, regardless of the other systems we use,” said Pamela Dixon, Clerk of the Superior Court of Jones County (Georgia).

Unlike states such as Texas that appropriate millions of tax dollars to compensate electronic filing providers, Georgia’s legislature and judiciary were not inclined to front the cost of eFiling in the Peach State. Rep. Barry Fleming, former Chairman of Georgia’s House of Representatives Judiciary Committee, summarizes the situation as follows, “My colleagues and I in the Georgia General Assembly took responsibility for moving our justice system forward through mandatory electronic filing legislation. We were able to consider this major change only because we know GreenCourt is committed to success for the entire state. I dare say that this public- private partnership exceeded what the state could have done on its own.” To date, GreenCourt has provided the PeachCourt service to Georgia’s trial courts at no cost to the courts, counties or state.

Jay Bland, GreenCourt’s Chief Growth Officer, noted, “The quality of the eFiling experience in Georgia today is the result of clear thinking, optimism and commitment on the part of Clerks of Court, the judiciary, the General Assembly and the Georgia State Bar. They collectively issued a challenge and GreenCourt gladly accepted. Our company is honored to serve.”

About GreenCourt
GreenCourt Legal Technologies, LLC, headquartered in Carrollton, Georgia, leads digital transformation for state agencies, justice partners, private-sector professionals and the general public. GreenCourt helps these stakeholders move from high-risk situations involving paper-based records, in-person information sharing and manual data entry toward reliable, safe and efficient operations. GreenCourt’s leadership has been building, implementing and supporting mission critical software and interoperability systems for more than fifteen years in the banking, healthcare and legal industries. For details, visit us on the web at http://www.greencourt.com, or via Twitter, Facebook, or LinkedIn, or call 770-823-8708.