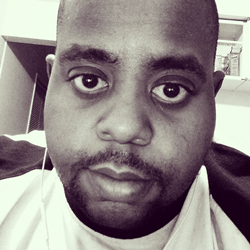 “These are dangerous times in hip-hop culture for the creators of our music” Hicks says. “Young Thug, Gunna and the YSL record label are proverbial ‘canaries in the coal mine,’ "

With decades of experience as an artist manager and independent marketing and promotions executive for companies like Def Jam/ Universal, Interscope, Bad Boy and corporations like Pepsi and Whole Foods. Hicks has launched a new venture, offering his command of music history, and a critical understanding of the nuances within hip-hop and rap culture, to help bring insight to legal proceedings involving artists and executives. He intends to operate as a mitigating presence in the space between mainstream society and the marginalized environments that influence hip-hop narratives.

“I have been hired over the past 29 years to market and promote artists internationally, nationally and in my home state of Michigan,” Hicks says, “in music and food/ beverage sectors, and for local and international companies.”

Hicks now offers his expertise because he sees disparities in the perception of rap music lyrics that pose a threat to recording artists and could set a precedent driven by bias and stereotypes. He became an official hip-hop expert in federal cases for defense attorneys.

“These are dangerous times in hip-hop culture for the creators of our music” Hicks says. “Young Thug, Gunna and the YSL record label are proverbial ‘canaries in the coal mine,’ in terms of lyrics and screenplays involving rap artists being used as exhibits in cases. The works of the late Mario Puzo (“The Godfather”), David Chase (“The Sopranos”) or Quentin Tarantino (“Pulp Fiction”) who, like hip-hop lyrics, dramatize real-life scenarios in fictitious worlds, are never used in legal proceedings.”

At the center of the song lyric debate is the balance of First Amendment free speech rights and incriminating activity. Working with record companies, he has interacted with artists, producers, tastemakers, and executives. His experience requires an ability to translate hip-hop culture from region to region, and to global effect. Federal courts recognized his value when The United States District Court for the Eastern District of Michigan Judge Nancy Edmunds approved his participation with the defense team in the “United States v. Woods,” a RICO case in which Antoine “HNIC Push” Woods and his brother Austin “HNIC Ken” Woods, owners of the rap label HNIC, were accused of running a criminal enterprise. When lyrics of rap songs distributed by HNIC were presented as evidence, and Judge Edmunds denied a motion to preclude their use in court, Hicks was hired to provide expert analysis that might weaken incriminating perceptions of the lyrics.