Kicking off the 100th Anniversary, and on the heels of a transformative ‘makeover’ of the Hollywood Sign, visitors will enjoy a richer experience with one of the most photographed sites in the world 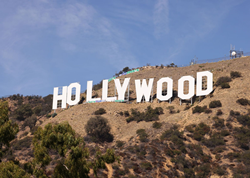 "Over the years, visitors and locals have expressed great interest in a ‘close-up’ experience where they can learn more about the roots of the Hollywood Sign, its legendary stories, and the epic hopes and dreams the Sign continues to inspire."

The Hollywood Sign Trust today announced plans to spearhead a Visitor Center that will offer fans a more enriching experience and the opportunity to learn about the fascinating history of the Hollywood Sign. The project kicks off the Trust’s year-long celebration of the Sign’s 100th anniversary and is in line with its mission to protect and preserve the iconic symbol of the entertainment industry—as well as educate the world about the Sign’s historical and cultural importance for generations to come.

Ushering in the campaign, the Hollywood Sign Trust will raise funds to build the center, including strategic sponsorships and membership opportunities that benefit the community and entertainment industry. The Trust’s campaign will also include concept designs and location contests that give Los Angeles residents and visitors the opportunity to share their ideas for the Visitor Center.

“People from all over the world have been captivated by the recent transformation of the Hollywood Sign, and now with fresh paint and the upcoming 100th anniversary, we are thrilled to move ahead on plans to create a one-of-a-kind Visitor Center,” said Jeff Zarrinnam, chair of the Hollywood Sign Trust. “Over the years, visitors and locals have expressed great interest in a ‘close-up’ experience where they can learn more about the roots of the Hollywood Sign, its legendary stories, and the epic hopes and dreams the Sign continues to inspire.”

The Sign was first erected in 1923 as a billboard for an upscale real estate development in the hills above the Hollywood district of Los Angeles. It soon took on the role of a giant marquee for a city that was constantly announcing its own gala premier. Intended to last just 18 months, the Hollywood Sign will have endured 100 years in 2023.

Along the way, the Sign has been in its share of award winning films, TV shows, and music videos and has rallied movie stars, rock stars, directors, producers and philanthropists to help keep it intact, including the 1978 restoration when Hugh Hefner, Andy Williams, Alice Cooper, Gene Autry and other donors pledged funds to help the Hollywood Chamber of Commerce rebuild the famous monument. The Hollywood Sign Trust was also formed in 1978 to preserve and maintain the Sign and is the official source for news and information about the Sign.

To get involved with the Visitor Center, sponsor or donate, please contact betsy@hollywoodsign.org.

About the Hollywood Sign Trust
The Hollywood Sign Trust is a 501(c)3 nonprofit trust created operated exclusively for religious, charitable, scientific, literary, or educational purposes and responsible for physically maintaining, repairing and securing the Hollywood Sign; providing capital improvements for the benefit of the public at large; and educating the world about the Sign’s historical and cultural importance. More information about the Sign's history and the Trust can be found at: http://www.hollywoodsign.org.
Media Contacts: