2Blades Foundation Adds to Governance, Advisory, Management Teams to Help in Fight Against Crop Disease and its Impacts on Hunger, Climate 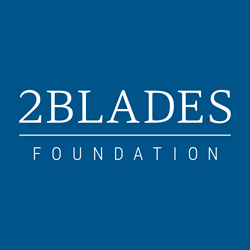 Rob Horsch, is our newest 2Blades governing Board Member and non-Executive Director, after 12 years at the Bill & Melinda Gates Foundation where he led the science and technology initiative for their agriculture development program;

Alesha Miller, joins 2Blades’ Sustainability Council, and also serves as a Non-resident Fellow for the Global Food and Agriculture Program at the Chicago Council on Global Affairs; and,

Mike Kelleher has been hired as 2Blades Director of External Affairs, after a decade at the World Bank where he worked as an advisor in its governance, international relations, and communications teams.

The 2Blades Foundation, based in Evanston, Illinois, and with offices and laboratories in the United Kingdom, is a 501(c)(3) charitable organization dedicated to the discovery, advancement, and delivery of durable disease resistance in crops in order to promote food security, environmental protection, and climate adaptation.

“These new partners bring an extraordinary level of experience and perspective to our efforts to address a critical need for agriculture,” said Diana Horvath, President of 2Blades.” ”Their expertise in policy, research, and delivery at a global scale will help 2Blades deliver crop disease solutions into the hands of growers, improving global food security, incomes, and nutrition,” she said.

2Blades’ Chairman Roger Freedman said, “Rob Horsch combines a deep history in the development of molecular genetic agriculture with a clear appreciation of the opportunities and challenges in the development of science to bring real and lasting benefits to farmers and consumers. Altogether we are delighted to have these three experienced professionals join our team. Their skills and commitment will help us achieve our mission to develop disease-resistant crops.”

Dr. Rob Horsch worked at the Bill & Melinda Gates Foundation, joining in November 2006 to develop and lead the science and technology initiative of the agricultural development program. He managed a team of program officers and other staff that created and managed a large and diverse portfolio of research and development grants aimed at increasing the productivity of small holder farmers—improving the crops that poor farmers raise, and that poor consumers eat. Rob also serves on the Board of Directors of the Foundation for Food and Agricultural Research, and as an Advisor to the Global Commission on Climate Adaptation and to the Global Farmer Network.

Alesha Miller is a Non-resident Fellow at the Chicago Council on Global Affairs, advises a social impact technology startup, and is an independent consultant and public speaker on food and agriculture. Most recently she was managing director of the Chicago Council’s Global Food and Agriculture Program, overseeing strategy, research, policy development, team management, and leading research on key challenges and opportunities affecting the food system, including urbanization, the rise of global youth populations, water scarcity, and digital technology. Previously she held several roles at the Bill and Melinda Gates Foundation, managing strategic partnerships with governments and United Nations agencies, and overseeing investments focused on improving agricultural markets in sub-Saharan Africa to support smallholder farmers, linking programmatic investments in nutrition and agriculture, and coordinating the inaugural gender and impact measurement strategies for the Agricultural Development program.

Mike Kelleher recently left the World Bank Group’s office of UN Relations, and previously he was Senior Speechwriter for World Bank Group President Jim Yong Kim, and an Advisor to the U.S. Executive Director of the World Bank. Mike served in the Obama White House as Special Assistant to the President and Director of Presidential Correspondence. Prior to that he served as Director of Economic Development and Outreach for then-U.S. Senator Obama. He was Country Director for the National Democratic Institute’s office in Tbilisi, Republic of Georgia, and began his development work as a Peace Corps volunteer in Sierra Leone, working for three years as a community health and development worker in a small rural village.

2Blades establishes and manages development programs addressing significant unsolved crop disease problems in collaboration with leading research institutions around the world and at the 2Blades Group in The Sainsbury Laboratory, Norwich, UK. 2Blades manages a portfolio of specific traits and enabling technologies that it implements in its own programs and out-licenses for broad use.