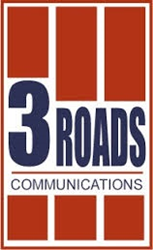 Emmy Award-winning documentary firm 3 Roads Communications has received a $50,000 grant from the Hagerstown/Washington County Convention and Visitors Bureau (CVB) for the production and national Public Television distribution of The House on Jonathan Street (thehouseonjonathanstreet.com).

The House on Jonathan Street is a sixty-minute documentary about the largely untold history of the Jonathan Street community in Hagerstown, and of Hagerstown itself. The city and surrounding region played outsized roles in the Civil War (John Brown’s Raid, the Battle of Antietam) and were disproportionately important in the industrialization and manufacturing eras of American history.

“The stories of Hagerstown and of Jonathan Street are the stories of large swaths of America,” said Russ Hodge, Founder and President of 3 Roads and Executive Producer of The House on Jonathan Street. “We feel privileged to be able to tell the comprehensive story to a national and international audience.”

“The Hagerstown/Washington County Convention and Visitors Bureau is excited to support 3 Roads Communications in the development of this important documentary. Hagerstown and Washington County Maryland have many compelling stories to tell. Each time we succeed in gaining an audience for one of our stories we improve our status as a preferred destination for travelers,” said Dan Spedden, President of CVB.

More than three dozen interviews have already taken place for the documentary, and 3 Roads’ filmmakers are now assembling a rough cut culled from more than one hundred hours of 4K footage.

“This grant will help us to keep post-production moving forward and we are right on schedule,” said Hodge. “The production process, which began in 2020, will culminate with broadcasts in 2023.”

The House on Jonathan Street has also received a production tax credit from the State of Maryland’s Department of Commerce.

About 3 Roads:
3 Roads Communications, Inc. is an Emmy-Award winning, woman and veteran-owned documentary production company based in Frederick, MD. 3 Roads has produced and distributed more than a dozen TV series, specials, and documentaries through Public Television, including Rescue in the Philippines, which qualified for an Academy Award in 2014.

The Hagerstown/Washington County Convention & Visitors Bureau (CVB) is a 501-C6 non-profit organization. The Mission of the CVB is to improve the economy of Hagerstown and Washington County Maryland by increasing tourism and visitor spending through product development, the marketing and promotion of attractions, events, accommodations, and visitor services.