4.2 Ford replacement engines are now included for online sale in V6 size at the GotEngines.com company. All of the used inventory this company features is positioned to sell quickly due to the discounted price tags attached with each motor. 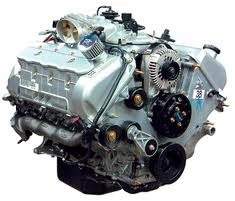 The modifications to the V6 inventory is expected to present more options to a buyer who is not interested in the largest V8 or diesel engine base in our inventory.

Ford Motor Company has produced many engine types that are known globally by vehicle owners. The Got Engines company sells preowned Ford motors and has now added the 4.2 Ford replacement engines for sale online. These V6 editions are part of the increases in inventory that is now promoted by this company.

The 4.2 series of engines has been used in F150 trucks and other vehicles that are sold in the U.S. market. These motors apart from the V8 remain some of the most used in the current lineup of vehicles. The GotEngines.com inclusion of these engines is part of the ongoing inventory changes that are undertaken by this company in 2013.

"The modifications to the V6 inventory is expected to present more options to a buyer who is not interested in the largest V8 or diesel engine base in our inventory," said an associate for the Got Engines company.

The 4.2 motors are now in combination with the 3.0 V6 Vulcan motors that were included in an earlier update at the first of this month. These changes are helping to build a better showing of V6 motors from Ford inside the Got Engines online inventory. The sale prices that are included with the inventory offered are set to stay in effect after the close of the year.

"Orders are now coming into our customer service center in the U.S. by telephone and through the use of our quotes system from buyers who are having difficulty finding engine replacements in their local areas," the associate added.

The Got Engines company staff now supports each consumer through the toll-free system at 1-866-320-1065 as well as the updated warehouse search system online. These practices are expected to continue on a daily basis as new Ford, Chevy and Dodge inventory is included in the total amounts of motors for sale.

The GotEngines.com company offers used automotive engines that feature low mileage and validated condition for U.S. consumers. The low sticker pricing that has been selected by this company to market all of its engines has paid off in the past several years. The GotEngines.com company is now visited each day by thousands of eager automotive engine buyers researching prices and exact inventory numbers. A searching system connected to the warehouse inventory is featured at this company to present real-time information to any buyer of automotive engines using this company as a provider.