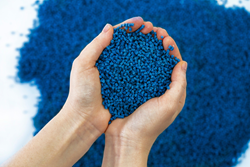 4ocean, purpose-driven business with a mission to end the ocean plastic crisis, has officially recovered its 10 millionth pound of trash from the ocean, rivers and coastlines. This incredible milestone comes after just three years of operations.

With ocean plastic pollution numbers set to triple by the year 2040 (source), 4ocean’s strategy is to combat the crisis using a multi-pronged approach of cleaning up the trash that already exists, stopping the pollution at its source through education and advocacy, and closing the loop by upcycling the plastic they recover. Their professional cleanup crews work hard 7 days a week around the world. Currently, cleanup operations are active in Bali, Indonesia, Port-au-Prince, Haiti, Puerto Barrios, Guatemala and their global headquarters in Boca Raton, Florida.

“It’s been incredible to see how far the team has come and the milestones we’ve been able to hit since Andrew and I founded the organization back in 2017,” says Alex Schulze, CEO and Co-Founder of 4ocean. “Hitting 10 million pounds is just the beginning for us. While we are beyond stoked to reach this milestone, the entire organization is focused on the much larger goal of ending the ocean plastic crisis once and for all. 4ocean was founded on the belief that business can be a force for good and that the actions of individual people, collectively, have the power to change the world.”

In an effort to continue raising awareness of ocean plastic pollution and reduce the need for virgin plastics, 4ocean is introducing a new upcycling program this month that is dedicated to taking the marine debris their crews recover and turning it into new materials that can be used in 4ocean products that have a purpose. The initial focus of the program is to develop 4ocean Plastic™ which will be used to create multiple new products that will start releasing this Fall.

The entire 4ocean plastic supply chain will be audited and verified by the third-party organization GreenCircle Certified. This meticulous documentation process sets a new standard for accuracy and accountability regarding products made from upcycled ocean materials. The aim of 4ocean upcycling is to continue raising awareness about ocean plastic pollution, reduce the need for virgin plastics in the future, and continue funding their global ocean cleanup operation.

“GreenCircle commends 4ocean’s commitment to reducing ocean plastics and developing a transparent ocean materials documentation process for the upcycled materials,” says Tad Radzinski, Certification Officer from GreenCircle Certified. “When 4ocean came to us with this project, their goal was to provide complete transparency as to the origin of their materials and the process used to create their products. They wanted to set a new standard for a marketplace filled with brands claiming to use ocean plastic in their products. This process provides the documentation and chain of custody of the ocean materials. This allows for verification and certification which is important to achieving this milestone.”

With a whopping 10 million pounds under their belt, 4ocean is determined to become even more efficient and have a bigger impact in the future through advocacy, education, inspiration and technology. Together, we can end the ocean plastic pollution.

4ocean is a purpose-driven business with a mission to help end the ocean plastic crisis by cleaning the ocean and coastlines while stopping the inflow of plastic by changing consumption habits on land. With the goal of creating an economy around cleaning the ocean, 4ocean funds its cleanup operations entirely through the sale of product purchases and its Pound+ Program. These purchases fund the removal of trash from the ocean and have resulted pulling over 10 million pounds of pollution to date. The solution to ending ocean plastic pollution lies in stopping it on land before it enters the ocean, which is why 4ocean is tackling behavior change by educating consumers about ways to reduce their single-use plastic consumption.