Surprise medical bills have plagued Medicare beneficiaries for years, especially those people who have Medicare Advantage plans. This month Congress took the first step to deal with the practice. The Senior Citizens League strongly supports legislation that would end surprise medical bills. 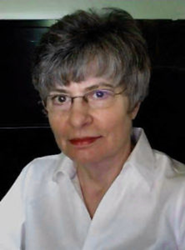 Eighty-five (85) percent of retirees want Congress to enact legislation restricting “surprise” medical bills, according to a new survey by The Senior Citizens League (TSCL). This month Congress took the first step to deal with the practice. Legislation is advancing in the House that would protect patients from surprise medical bills and set up the process by which health plans and providers would settle disputed billing amounts.

Surprise medical bills have plagued Medicare beneficiaries for years,” says Mary Johnson, a Medicare policy analyst for The Senior Citizens League. “But the problem is growing as private Medicare Advantage plans become more popular,” Johnson notes. Medicare Advantage plans are privately administered health plans which have a network of doctors, hospitals and other providers under contract to provide Medicare covered benefits for enrollees. Medicare patients are most often affected by surprise bills when being treated at an “in network” facility but by an “out-of-network” provider.

Medicare’s “limiting charge” rules do not protect people enrolled in private Medicare Advantage plans, because the plans, not Medicare, negotiate fees with doctors and other providers. Surprise medical bills are generally the difference between the amount that the provider charges, and the negotiated amount that the private insurer typically pays for the service(s).

“It’s important to note that Medicare Advantage plans may have some built in incentives to shift costs to patients,” Johnson points out. Plans receive a per- person payment to provide all Medicare-covered services, rather than a fee for each service. Medicare beneficiaries spend a considerable portion of their income on healthcare according to findings from The Senior Citizens League’s annual senior survey. In 2019 while the average retiree Social Security benefit in 2019 was about $1,450 per month, over 50 percent of survey participants reported spending more than $376 per month (more than one quarter of the average Social Security check) on healthcare costs. One in five survey participants, — 20 percent — spend more than $1,000 a month on healthcare costs.