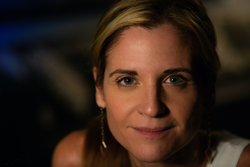 Indpendent Bookstore Day is proud to announce that bestselling author Glennon Doyle is the 2021 Author Ambassador. Photo by Scott Sherratt

We are pleased to announce that Glennon Doyle is the 2021 Author Ambassador for Independent Bookstore Day.

We are pleased to announce that Glennon Doyle is the 2021 Author Ambassador for Independent Bookstore Day. During the height of the pandemic, Glennon appealed to her millions of social media followers to support independent bookstores and signed thousands of exclusive special editions of Untamed to encourage her readers to buy local.

Glennon is championing indie bookstores because: "I have been to one million independent bookstores. I have met the booksellers who founded them and own them. I have fallen in love with them. Zero jerks own independent bookstores. They just don’t. They are — always — people who believe in and deeply invest in communities and art and ideas. And during this pandemic, in which we have lost one local indie per week, we need to prioritize investing in these local businesses who invest so much in us.”

This year’s IBD will be a hybrid event that includes socially distanced in-store and virtual author events and activities as well as the sale of sixteen literary exclusives and special projects available in limited quantities at participating IBD stores and on their websites. These items are available only on Saturday, April 24, including a story by Stephen King and Joe Hill in book form for the first time; a signed, special edition Nigella Lawson book of essays and recipes; a special bound transcript of a conversation between poet Nikki Giovanni and Glory Edim of Well-Read Black Girl; a print of The ABCs of Black History for children; and many others.

Independent Bookstore Day began in California in 2014 and became a national event the next year. Dozens of publishers have sponsored IBD and a host of authors, such as Neil Gaiman, George Saunders, Roxane Gay, Angie Thomas, James Patterson, Stephen King, and many others, have donated work in support of the event.