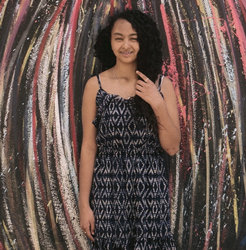 The Peabody Awards honor the most powerful, enlightening and invigorating stories in television, radio and digital media. Each year, Peabody Awards are bestowed upon a curated collection of 30 stories that capture society's most important issues-known as the Peabody 30. Honorees must be unanimously chosen by the Peabody Board of Jurors, a diverse assembly of industry professionals, media scholars, critics and journalists who each bring a unique perspective of what constitutes a story that matters. From major Hollywood productions to local journalism, the network of Peabody Awards winners is a definitive collection of society's most important stories and storytellers, including winners that have ranged from Edward R. Murrow, Carol Burnett, and David Letterman to "The Sopranos," "Sesame Street," "Breaking Bad," and "Serial." The Peabody Awards were founded in 1940 at the Grady College of Journalism and Mass Communication at the University of Georgia and are still based in Athens today. For more information, visit http://www.peabodyawards.com.

"The Power of Hope" animated short film directed by Kalia Love Jones is inspired by a Michelle Obama speech that tells the inspirational story of a young woman with big dreams. An inspiring architect feels helpless when her mother falls ill, but moved by the words of Michelle Obama, she finds the will to persevere and bring her dreams to life. The animated short film "The Power of Hope" has been selected into four Academy Awards qualifying film festivals: Urbanworld Film Festival, LA Shorts International Film Festival, HollyShorts Film Festival, and the Pan African Film and Arts Festival.