A new study by PsychTests.com indicates that men who feel the need to prove their masculinity are more likely to have traditional gender role views, and are less comfortable with their manhood. 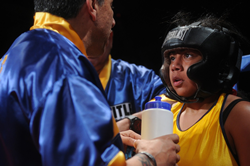 Men who are comfortable in their manhood don’t feel the need to prove it.

It’s hard to say how John Wayne, Charles Bronson, and Theodore Roosevelt would have felt about man buns, pink shirts, and “mannies”. Men of their times were strongly encouraged to toughen up and not to cry, show fear, or display any stereotypically female emotions. They had to be the breadwinners, the disciplinarians, the leaders at home and at work, the soldiers, the pioneers, the heroes. Although views of masculinity and beliefs about how men (and women) should behave have changed significantly, it isn’t the case for all men. Research from PsychTests.com demonstrates that traditional men have a lot of hang-ups about what it means to be a man.

Researchers at PsychTests assessed the attitudes of 4,508 men who took the Gender Roles Test. They discovered that men who feel the need to prove their masculinity (insecure men) are more likely to have strong traditional views and very strict beliefs about how men and women should behave. For example:

GENDER ROLE BELIEFS IN THE HOME AND AT WORK

BELIEFS ABOUT HOW MEN AND WOMEN SHOULD BEHAVE

“Men who are obsessed about being seen as masculine, of living up to traditional views of manliness, might go to great lengths to do so,” explains Dr. Ilona Jerabek, president of PsychTests. “Traditional views of masculinity can be problematic, especially if the people in a man’s life, personally and professionally, don’t live up to his expectations of suitable masculine and feminine behavior. These men may be abrasive, act aggressively, take dangerous risks, and put a lot of pressure on their sons and/or romantic partners to behave in a manner that they deem appropriate. These types of men have likely grown up in an environment where they were exposed to very limited and distorted views about what it means to be a man.

“Men who are comfortable in their manhood don’t feel the need to prove it. They are comfortable in their own skin. These are not all metrosexuals, and most don’t even consciously challenge stereotypical views of masculinity. They won’t all get facials and manicures or wear man buns, but they probably don’t have an issue with men who do, because they don’t feel threatened by it. They are simply themselves, without putting the unnecessary pressure to have the upper hand. They don’t need to feel macho. This is the art of manliness.”

Do you adopt traditional or modern gender roles? Check out https://testyourself.psychtests.com/testid/2436

Professional users can request a free demo for this or any other assessments from ARCH Profile’s extensive battery: http://hrtests.archprofile.com/testdrive_gen_1.

Adopting traditional views of masculinity can limit men from expressing how they feel, and from making choices that could be construed as weak.Here is how men who are comfortable in the manhood behave - and men who are not.