A Crypto-Ban Would Wreak Havoc on the Economies, Forewarns Entrepreneur Raj Chowdhury

India stands enshrouded by doubts as the center struggles to come to a decision with regards to cryptocurrency. The FinTech sector speculates the possible outcomes. PayBito chief Raj Chowdhury expresses concerns over the balance tipping towards a ban. 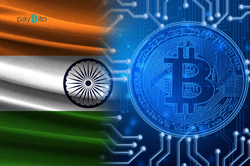 These are two distinct and diverse threads that may be accepted independently of each other. While Blockchain is a technology, Cryptocurrency is an asset class. It should not be difficult to implement the two in their respective domains.

Indian crypto-sector endures prolonged indecision from the center as inner turmoil in the cabinet surfaces in the form of flying rumors of an imminent blanket ban. It is no secret that a section of the cabinet is staunchly resistive in the context of crypto. The crypto supporters, meanwhile, leave no stones unturned to make the Government see reason.

PayBito CEO, Raj Chowdhury reacts to the commotion surrounding the issue. “Rejecting the crypto as an asset class may have many grave implications. Maintaining Cryptocurrency reserves are as important as maintaining dollar reserves. By banning crypto, India will end up with the lowest reserve of the most important currency the world has ever seen. This would eventually lead to a currency devaluation of the worst form,” he warns.

For her extensive market and streaming educated workforce, India reserves resources to earn a ‘developed’ status if not for the short-sighted regulators who continue to deal the small enterprises with severity. Those small enterprises actually generate the bulk of the GDB and employment on a huge scale.

1. Imports would be more expensive (any imported good or raw material will come at a much higher price)
2. Aggregate Demand (AD) would increase – causing demand-pull inflation.
3. Firms/exporters would have less incentive to cut costs because they can rely on the devaluation to improve competitiveness.

The prospect of releasing India’s own digital currency raises substantial doubt. Many regard the idea as an intentional diversion. Eyebrows are raised at the utterance of ‘cryptocurrency’ and the underlying blockchain technology in the same breath.

“These are two distinct and diverse threads that may be accepted independent of each other. While Blockchain is a technology, Cryptocurrency is an asset class. It should not be difficult to implement the two in their respective domains,” adds the blockchain pioneer, author, and keynote speaker.

However, on more than one occasion Finance Minister Nirmala Sitharaman has tried to quash the rumors by assuring a ‘small window’ for cryptocurrency experimentation by adopting a ‘calibrated stance and monitoring. This is contrary to a Lok Sabha bulletin and statements by the RBI governor on previous occasions.

“What India needs is acceptance of crypto with the imposition of taxation and regulations, that will earn revenue and benefit the huge number of investors and Indian startup companies who have gone global within a short period,” says Chowdhury, “rather than depriving the people of their choice of investment by adopting a naive approach towards the crypto.”

India is a republic country and ranks among the largest economies in the world with a jet-setting technological footing. At this stage, it is only natural for the central leadership to make forward progressive moves. A ‘naive’ decision like banning the crypto would push the economy further down to regression.