The PenCraft Awards is proud to announce that Tiffany Fenton's book, "A Hero’s Heart," which was inspired by a true story, is a 2019 award winner in the nonfiction/memoir category. It is a book that takes the reader on a journey of perseverance through life’s not so everyday struggles. 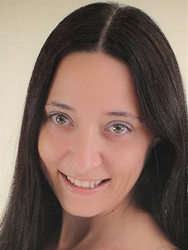 If sharing my story, despite reliving the pain and the emotions of the past, can help elevate even one person, or help them overcome their previous or present challenges, then it was definitely worth it.

Tiffany Fenton's memoir, A Hero’s Heart, won second place in the PenCraft awards for literary excellence in the genre of nonfiction/memoir for 2019. Tiffany was honored to attend the awards gala that was held in Lake Charles, Louisiana in January 2020. She moved the audience with her acceptance speech sharing why she wrote the book.

Tiffany decided to write A Hero’s Heart after sitting down one day and taking a deep look at the reality of the world today. She compared her childhood to that of her children and realized the challenges they are faced with in comparison to what she was faced with were completely different. Cancer is at an all-time high, suicide has become an epidemic and drugs and alcohol abuse start at a much earlier age and continue much later into our adult years. When she started to talk with friends or turn to social media, there was also a common theme amongst people struggling and it was typically some form of abuse. Often that abuse was childhood abuse.

Tiffany realized there were so many after-the-fact stories out there, like the 10-year-old who committed suicide in Florida, but not enough of the right-before-stories. The stories of saving someone from committing suicide, or the stories of getting help and getting off the drugs and alcohol or facing their abuser. Where were all of the stories of the cancer survivors? The common thread amongst all of these stories was the absence of hope.

Tiffany decided it was time to tell her story. It was time to throw a lifeline to someone who really needs it. It was time to tell a story of someone who has endured all of these horrific and unfortunate things but overcame. And not just overcame but persevered. Tiffany’s only goal with "A Hero’s Heart," was to give someone the strength and courage to continue to fight and to let them know that there is someone out there that understands. Tiffany's dream is to simply give one-person hope. Writing this book and exposing her past for all to see has been very difficult for her. Feeling naked and vulnerable is a difficult challenge to face, but the shame she once felt has been replaced with a sense of accomplishment and responsibility. Tiffany says that “If sharing my story, despite reliving the pain and the emotions of the past, can help elevate even one person, or help them overcome their previous or present challenges, then it was definitely worth it.”

As a child, Tiffany dreamed of flying away to escape the nightly visits from her stepfather. At the age of thirteen, she discovers drugs and hopes that they can finally provide the escape that she so desperately seeks. After a friend's accidental overdose, Tiffany comes to the realization that suicide may be her only way out. Following a failed suicide attempt at the age of 17, Tiffany discovers her own hero within, and she commits to taking control of her life. Her bravery leads to love, loyalty, and friendships in ways that she never thought possible. The book follows her journey as she battles cancer, brain tumors, an ill child, a house fire and more, with a smile on her face, laughter in her belly and love in her heart.

Tiffany’s final words at the PenCraft Awards Gala was a quote. One of her many quotes, that should be shared with anyone faced with any type of life’s struggle, “It’s OK to be on life’s emotional rollercoaster, as long as you get off when the ride comes to a complete stop and go about your merry way.”

Copies of A Hero’s Heart are available at all major booksellers, including Amazon, Barnes & Noble, and Black Rose Writing