A Psychotherapist Sounds the Alarm of Insidious Technologies: Dystopian Novel Portends a Future that May Transcend Fiction

Psychotherapist Jerry Sander is concerned about our infatuation with modern technology and has written a futuristic novel about a society of Filament-implanted/HIVE-connected young people in the Age of Disconnectivity. 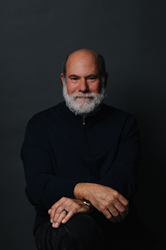 "We are paying a very heavy price for our infatuation with modern technology."

“How connected are we?” That depends on whom you ask. Avid users of electronic gadgets like smartphones, smartwatches, tablets, and other such devices will likely respond, “Very well-connected.” New York psychotherapist/novelist Jerry Sander doesn’t dispute that fact. “We are technologically connected in an unprecedented way. But despite the benefits, which include a streamlining of most of our daily routines, we are paying a very heavy price for our infatuation with modern technology,” Sander argues.

As a former high school counselor and present psychotherapist in private practice, Sander has observed the chilling effects of the evolving technologies on young people as well as adults. “Face-to-Face communication, eye-contact, and other nonverbal communications have been supplanted by electronic communication. Even voice-to-voice communication (the original function of phones) is virtually a thing of the past.”

Welcome to the Age of Connectivity, or perhaps more accurately, Disconnectivity.

Life experiences fill the pages of great works of fiction, and Sander would be remiss if he didn’t infuse what he’s learned about the effects of high-technology on human behavior into his latest novel, Convergence (The Way It Works Press, paper, $11.95), a dystopian work about a society of Filament-implanted/HIVE-connected young people utterly lacking in empathy and authentic social connectedness.

“Convergence is about the near-future, about the convergence of high-technology, the disappearance of traditional human sensibilities in the face of unrelenting, violent/sexual media bombardment, and the inevitable revolution against technology that will happen,” writes Sander.

The story about the Restored United States of America in Exile (RUSA-IE) in the Year 2046, although fictional, is palpable on many levels. In the climate of ever-more sophisticated technologies that threaten our very humanity, Sander is hopeful that Convergence will both entertain and cause the reader to pause and think about where we are headed—what he refers to as “the post-human era.” “We may be there already,” remarks Sander.

“Sander, a veteran YA author, presents R-rated language in his latest offering, in which he frankly but tastefully addresses such issues as violence (including rape), sex, drugs, war crimes, and religious hatred. He also impressively offers arguments for both faith and secularism without awarding clear-cut moral superiority to either. . . . The story eventually encompasses conspiracies that will bring to mind Philip K. Dick’s work, with all the deceptions, fake realities, and mind-scrambles that entails.”

Jerry Sander is the author of the novels Permission Slips and Unlimited Calling (Certain Restrictions Apply). He is a New York-based psychotherapist who has worked with teenagers and their families for more than three decades and is a graduate of Oberlin College and New York University. Influenced forever by Aldous Huxley and George Orwell, he is deeply concerned about the trajectory of the world we are leaving to our children. He is currently completing his episodic memoir, “The Guyland,” set on Long Island, NY in the 1960s and 1970s.