Results of recent published medical research support that the ingredients in Simplesa AAKG+ Core Powder have been shown to exhibit benefits in several neurodegenerative diseases, including Parkinson’s disease. 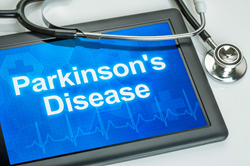 These nutrients have common benefits to neuro degenerative diseases and are becoming more understood and acknowledged.” ~ Steve Margolis

Simplesa® recently published a paper by Dr. Autumn Frandsen, a Naturopathic Physician on their website that illustrates with supporting medical and research data that the combination of Arginine Alpha-Ketoglutarate, GABA, Ubiquinol and Niacin found in Simplesa AAKG+ Core Powder, along with Liposomal Glutathione, may enhance mitochondrial function and be effective stand alone and co-therapies in the management of Parkinson’s disease.

Parkinson's disease (PD) is the second most common neurodegenerative disorder after Alzheimer's disease, affecting approximately 1% of the population older than 50 years. There is a worldwide increase in disease prevalence due to the increasing age of human populations (1). PD is an idiopathic disease of the nervous system characterized by both motor and non-motor system manifestations. It is a chronic progressive neurodegenerative disorder that occurs mostly in older persons but can also appear in much younger patients. Other neurodegenerative disorders can mimic idiopathic PD, including Dementia with Lewy Bodies (DLB), Corticobasal Degeneration (CBD), Multiple System Atrophy (MSA) and Progressive Supranuclear Palsy (PSP). However, the major focus of the review was idiopathic (unknown cause) PD and not these other Parkinsonian-like syndromes (2).

Studies indicate that alternative and adjuvant therapies are promising and effective as co-therapies in the management of Parkinson’s disease. Simplesa AAKG+ Core Powder helps protect against mitochondrial dysfunction and neurogenic dysfunction. The combination of ingredients has been shown to exhibit benefits in several disease processes resulting from reduced cellular mitochondrial energy production. Its unique blend of Arginine Alpha-Ketoglutarate, GABA, Ubiquinol and Niacin provide support for hypertonic muscles, resulting in reduction of muscle fasciculations, leg cramps, muscular fatigue, fibromyalgia, and other muscular benefits. Arginine AKG helps synthesize nitric oxide which activates GABA receptors, allowing for increased therapeutic effect in neurogenic disorders. Niacin and Ubiquinol have combined cardio-protective properties. Niacin lowers LDL and raises HDL, while Ubiquinol is the most bioavailable form of CoQ10, the primary energy source for cardiac cells. The synergistic combination of the four ingredients helps increase ATP production, making it therapeutically relevant in the support of depression, while also reducing exercise recovery time and the undesirable effects of aging. Anecdotal evidence and research indicates that these core nutrients also can be effective in management of Parkinson’s disease symptoms and disease. GABA also exhibits anti-aging properties and may lower the incidence of Alzheimer’s disease and depression through its action on brain derived neurotrophic factor expression.

About Simplesa
Simplesa® was founded on June 15, 2013 by Steve Margolis as a Florida limited liability company. The company was created because it saw a need and had a solution. ALS patients were having success following the Deanna Protocol, but it was too complex and expensive the way it was distributed. Simplesa® formulated products specifically for these ALS patients to simplify their regimen and lower the cost of the products they take. The brand is continuously on the lookout for other similar situations to help patients keep their supplemental and nutritional regimes simple.