The agricultural and pastoral traditions steeped in innovation, natural beauty and the remarkable variety of wines are the strength of this region recognized in the famous US magazine. With the Wine Star Award, Abruzzo is placed among the leading wine areas of the world. 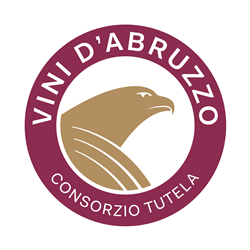 Ortona, Nov 11, 2022. Every year, Wine Enthusiast magazine rewards the most influential players in the Wine and Spirits industry with the Wine Star Awards throughout various categories. For “Wine Region of the Year 2022", Abruzzo won over Marlborough, New Zealand, Southern Oregon / Rogue Valley, Oregon, Uco Valley, Argentina and SLO Coast, California, thanks mainly to their “rich tradition steeped in innovation.”

“The most recent established wineries, often started by young people who invested in the land or inherited the family business, provide a different vision, one which focuses on sustainability and a much more dynamic entrepreneurial capacity ”, stated the President of the Abruzzo wine consortium Alessandro Nicodemi, “A new generation of winemakers has also emerged in the most historical cellars changing the style and philosophy of production; for the Consortium it is an important result for the accreditation process of Abruzzo among the great Italian wine territories.”

The prestigious award has been granted for the many surprises that this territory offers, as explained by the organizers of the competition who define Abruzzo as “a hidden gem” for the most passionate oenophiles; from its unspoiled villages to its breathtaking natural landscapes, filled with waterfalls, rivers, and historic castles. The famed wine region is also quickly becoming an ambitious destination for sustainable travel, underlining a very strong link with the local culture, people, gastronomy, and music.

"We are very proud of this recognition,” continued Nicodemi, “which places our territory at the top of such a prestigious ranking. This is certainly also the result of the Abruzzo promotional work in such an important market as the US, conducted in recent years by the consortium with perseverance and determination through a dense public relations activity, incoming and promotion of the territory.”

The popularity of Abruzzo wines has grown steadily in the US market thanks to their homage to their territory: the famous and powerful red wines made with the Montepulciano d’Abruzzo grape; the great white wines made with Trebbiano Abruzzese; and, of course, the rosé Cerasuolo d'Abruzzo are increasingly gaining the attention of US consumers.

The Wine Star Awards will be presented and celebrated on January 30, 2023, in San Francisco.

About Consorzio Tutela Vini d’Abruzzo:
The Consorzio Tutela Vini d’Abruzzo (Consortium for the Protection of Wines of Abruzzo) is a non-profit association, made up of all the entities forming part of the control DOC and IGT system, which aims to protect, enhance and take care of the interests relating to the controlled designations of origin of the regional territory, activities that the Consortium carries out, day after day, with the utmost determination. That same determination which its 210 members – grape growers, winemakers and bottlers, always closely focused on quality – put into their work: from the care of the vineyard to the scrupulousness in the transformation of the grapes, diligence in aging to attention to customer requirements.
There is no region in Europe like Abruzzo where more than 30% of the territory is protected by four parks (three national and one regional) and a dozen nature reserves and protected areas. It is therefore no coincidence that the Consortium, which has been protecting one of the most authentic resources of the territory for years, has chosen the eagle as its symbol: an animal with a strong protective instinct, as tenacious as the people of Abruzzo.
For more information, visit https://www.vinidabruzzo.it/en/il-consorzio/