Rhinophyma: Tips for Dealing with a Large, Red Nose 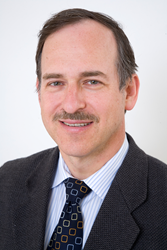 There is no definitive way of preventing the progression of rosacea to rhinohpyma but avoiding triggers that aggravate rosacea by increasing blood flow to the face can delay the worsening of symptoms.

The bulbous, red nose most often associated with the comedian W.C. Fields has often been thought to be caused by heavy drinking. While alcohol consumption may increase blood flow to the face and cause temporary redness, it is not responsible for rhinophyma, a skin condition characterized by a large, red, bumpy nose that is just as likely to occur in non-drinkers as in drinkers.

“Rhinophyma is a complication of an advanced stage of severe rosacea,” says Dr. Joshua Fox, Founder and medical director of Advanced Dermatology, P.C. “It can rarely interfere with breathing and the changes to appearance can cause severe emotional distress and even social isolation. Fortunately, we have effective treatments for rhinophyma that reduce or eliminate its disfiguring effects.”

What causes rhinophyma?
While rhinophyma is rare, rosacea is a common, chronic, inflammatory skin condition in which blood vessels under the skin expand allowing more blood to flow to the surface and giving the face a red, sun-burned or wind-burned appearance. As the condition progresses, small, pimple-like bumps appear that resemble acne but there are no blackheads or whiteheads that are typical of that teen-age affliction. In the most severe, advanced cases of rosacea, the outer layers of skin on the nose thicken and develop enlarged pores as the lower nose gradually grows into the swollen, bulbous shape typical of rhinophyma.

“We don't know why some cases of rosacea advance to rhinophyma and others don't,” says Dr. Fox. “Some think rhinophyma is most commonly seen in middle-aged and older men although rosacea occurs more often in women. People with light hair, skin and eyes and a family history of the disorder are also at higher risk for rosacea.”

In addition, if the rosacea is treated at an earlier stage it may prevent its progression.

What can be done to prevent rhinophyma?
There is no definitive way of preventing the progression of rosacea to rhinohpyma but avoiding triggers that aggravate rosacea by increasing blood flow to the face can delay the worsening of symptoms. Common irritants include excessive exposure to the sun; hot, cold and windy weather extremes; stress; hot and spicy foods; alcohol; and medications that dilate the blood vessels. One new cream is Soolantra 1% Ivermectin cream which may help rosacea.

Tips for treating rhinophyma.
Rhinophyma will not clear up on its own. When it is diagnosed in the early stages, some medications can be effective in alleviating the symptoms. These include oral antibiotics to reduce inflammation, topical creams or ointments to reduce swelling, and acne treatments that prevent the sebaceous glands from producing oil.

In most cases, surgery to remove excess tissue and reshape the nose is the best solution for long-term elimination of rhinophyma's disfiguring effects. Surgical techniques include reconstructive (or cosmetic) surgery using a scalpel and performed under an anesthetic; laser surgery, which generally causes less bleeding than conventional surgery; electro-surgery, using electric current; cryosurgery, which freezes the tissue to be removed; and dermabrasion, which uses a rotating brush to smooth the tissue and is often used in combination with other procedures. There are many techniques to reshape the nose and remove excessive tissue. But according to Dr. Fox, the best technique is laser surgery as it allows reshaping of the nose with minimal to no bleeding and the lowest risk of scarring.

“Untreated rhinophyma gets progressively worse and can cause permanent disfigurement as well as breathing problems,” says Dr. Fox. “Since treatment is most effective in the early stages, people with rosacea and rhinophyma should be vigilant in avoiding aggravating factors and seeking treatment before symptoms progress to a more serious stage and may be more difficult to manage or eliminate. With the treatments available today, there is no need to live with the physical and emotional effects of rhinophyma. This year we treated several men and one woman with this disfiguring condition. Most did not realize that there was a laser treatment for their condition to allow them to look normal again.”

Advanced Dermatology P.C. and the Center for Laser and Cosmetic Surgery (New York & New Jersey) is one of the leading dermatology centers in the nation with 13 locations in New York and New Jersey, offering highly experienced physicians in the fields of cosmetic and laser dermatology as well as plastic surgery and state-of-the-art medical technologies. http://www.advanceddermatologypc.com.