The program looks into innovation in the sector and the sustainable environmental impacts of the advancing technology. 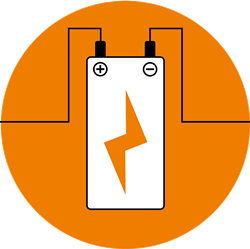 Researchers are seeking out ways to innovate the lithium-ion battery.

Laurence Fishburne is best known for his versatile skillset as a performer. Most are familiar with his portrayals in Hollywood hits such as “Boyz n the Hood,” and “Passengers.” The American actor also lends his talents to the educational show “Behind The Scenes”. The show interviews industry professionals about a broad spectrum of issues affecting people from all over the country. A new episode coming to the segment will discuss technology advances in lithium-ion batteries.

The battery plays a crucial role in powering many modern devices. A large number of the tools utilized in today’s world that make day-to-day tasks more comfortable and more efficient rely on the battery for energy. Cell phones, cars, smart homes, and wearable tech are all dependent on batteries. While batteries are a more efficient resource than fossil fuel, there still lies the problem with batteries not lasting very long. Even though operating systems are becoming more energy-saving, a day or two goes by, and a cellphone needs to charge again.

Researchers are seeking out ways to innovate the lithium-ion battery. Some developers are looking to alternative resources to improve the battery, such as sand. The natural resource leads to a three times longer-lasting lithium-ion battery. Advances in modern batteries can lead to a more productive and sustainable lifestyle for many people. “Behind The Scenes” will cover these advances in the battery on an episode coming to the program.

“Behind The Scenes” is a carefully assessed informational program before broadcast to a public viewing audience. The show is receiver of a multitude of awards for its efforts in television.