On the heels of a royalty advance from the music industry's leading finance firm, Sound Royalties, musician Yuni Wa is set to release his latest musical work, 'Shimmer', at midnight on Friday, September 24, 2021. 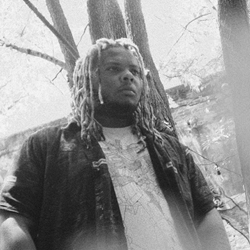 “It’s incredibly fulfilling to see an independent artist growing his career not only with creative talent, but with our royalty financing services,” said Alex Heiche, Sound Royalties CEO.

Self-described “Afrofuturist” Yuni Wa has unveiled 'Shimmer', his inspirational new electronic EP. The Little Rock, Arkansas-based artist is known for breaking boundaries with his high-end concepts and experimental sounds, and 'Shimmer' finds him exploring how to ‘be the light’ even when surrounded by darkness. The EP will be released at midnight on Friday, September 24, 2021, and available on Apple Music, Spotify, Tidal, Amazon Music, Soundcloud, plus many other streaming sites.

Since Yuni unveiled his first album, 'Wa', in 2014, he’s released a continuous stream of music to his fans, racking up an impressive 39 projects on Bandcamp in just a few years. A skilled businessman in addition to being an innovative musician, Yuni has utilized the services of Sound Royalties to fund the production and release of his ongoing projects.

“It’s incredibly fulfilling to see an independent artist growing his career not only with creative talent, but with our royalty financing services,” said Alex Heiche, Sound Royalties CEO. “We work with a diverse spectrum of creatives, both independent and signed, and stories like Yuni’s are at the heart of why our company exists. We live in a new era of the music industry where musicians can be independently self-funded by financing their royalties, and this is a perfect example of how.”

“Sound Royalties has provided me with a great service that offers cash flow security and the opportunity to make music in a way that sets it up for structural success,” said Yuni. “I have been able to use funding from them and put it to work making me money through marketing, ad promotions, merchandise, and PR.”

Yuni’s new album, 'Shimmer', seeks to answer many of the questions his fans have found themselves facing in the past year. How does one move forward in the face of adversity? Where does strength come from when you’re consumed by fear or heartbreak?

The EP’s first single, “Closed System,” dives into feelings of isolation, showcasing the Electronic Synthwave sound for which Yuni has become well known.

“A closed system is a system that does not allow transfer of matter in or out of the system, such as physics, chemistry or engineering - the transfer of energy is, or is not, allowed,” said Yuni. “So ‘Closed System’ is about how sometimes I tend to feel isolated from the rest of the world.”

“'Shimmer' is a project about ‘being the light’ even when you can’t control the conditions,” he said. “It’s about letting your inner strength and passion shimmer.”

Over the years, Yuni has collaborated with southern rapper Chris Travis, Def Jam’s GOON DES GARCONS*, Cuz Lightyear, the rap protege of Killer Mike, and more. In early 2021, Amazon Music put Yuni on the cover of their Electronic Breakthrough playlist and chose him to perform on the official Amazon Music Twitch account for a music concert series. Shimmer follows up a stream of music released by Yuni Wa in 2021, including his previous EP, 'Context 4'.