All-new control plane in Airship 2.0 is built on Kubernetes, with cluster API multi-cloud provisioning and other cloud-native tools; Helm 3 and the Flux Helm Controller are integrated, offering better security posture. 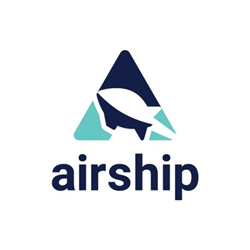 Airship 2.0 takes advantage of many of the good things that have been happening in the Kubernetes ecosystem. Airship 2.0 gives operators the ability to consistently specify and control deployments across bare metal, public clouds, OpenStack and other kinds of use cases.

Airship, an interoperable set of open source software tools used to declaratively automate cloud provisioning, is available in version 2.0 today. Airship 2.0 delivers enhanced document management capabilities, an improved upgrade process using cloud-native tools, and the ability for operators to use the same workflow to manage their workloads on both bare-metal and public clouds. These enhancements enable faster deployments, a smaller control plane, the ability for Airship to deploy native Kubernetes resources, and better security.

Airship 2.0 integrates best-in-breed open source projects into a platform that transforms declarative YAMLs into ready-to-go open infrastructure, taking care of things like bare metal provisioning, security and network policy, and day 2 lifecycle management. Airship 2.0’s declarative model ensures predictability, repeatability and resiliency across sites and across upgrades, which is why AT&T is running Airship in production at scale.

AT&T’s 5G network runs on its 100% containerized, private network OpenStack cloud, deployed and managed by Airship. Using Airship, AT&T has been able to replicate its 5G infrastructure rapidly across dozens of regions. Furthermore, this architecture supports AT&T’s “evolved packet core” network and VNF teaming, enabling resilient mobile sessions. (See a keynote by AT&T demonstrating how Airship enables mobile communication sessions to continue even when the VM carrying the session is shut down.) Other companies with production use cases of Airship include Ericsson and SK Telecom.

“Airship 2.0 takes advantage of many of the good things that have been happening in the Kubernetes ecosystem,” said Matt McEuen, lead member of the technical staff for Network Cloud at AT&T and a working committee member of the Airship community. “Airship 2.0 gives operators the ability to consistently specify and control deployments across bare metal, public clouds, OpenStack and other kinds of use cases. It also deploys sites faster and with smaller footprints. In Airship 2.0 we’ve created a web-based UI that can be used to introspect a site and drive deployments and upgrades.”

The integrated open source components doing the heavy lifting in Airship 2.0 are substantially different than those in Airship 1.0, as described by Jeff Collins, cloud and NFVI director at Ericsson, at the Open Infrastructure Summit.

”The updates with Metal3 and Ironic, along with other tool sets have streamlined the lifecycle management process. The cross-platform capabilities with the Kubernetes Cluster API allow for a consistent deployment every time,” said Collins.

About Airship
Airship simplifies cloud building for operators like telecoms, manufacturers, healthcare providers and individual developers. The Airship community was formed to build a robust delivery mechanism for organizations that need to embrace containers as the new unit of infrastructure delivery at scale.

Airship launched in May 2018 as a pilot project supported by the Open Infrastructure Foundation, with initial code contributed by AT&T, Intel and SK Telecom. Version 1.0 was released at the Open Infrastructure Summit Denver in 2019. The Airship community has grown rapidly, with 1,897 commits in 10 repos and 91 contributors from 10 companies across Asia, Europe and the Americas.