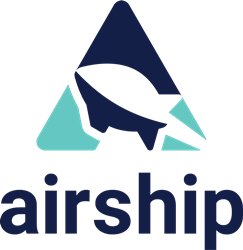 The Airship project and community is at the forefront of combining open source container technologies and infrastructure management for continuous lifecycle management of cloud platforms at scale.

Addressing what is projected by 451 Research to be a combined $12 billion market in 2023, Airship delivers OpenStack and Kubernetes to support a common user need: embracing containers as the new unit of infrastructure delivery at scale. Airship provides an integrated collection of loosely coupled, interoperable open source tools to declaratively automate cloud provisioning, thereby simplifying cloud building for operators like telecoms, manufacturers, healthcare providers and individual developers.

Starting from bare metal, Airship manages the full lifecycle of infrastructure to deliver a production-grade Kubernetes cluster with Helm-deployed artifacts, including OpenStack-Helm. Airship allows operators to manage their infrastructure deployments and lifecycle through the declarative YAML documents that describe an Airship environment. One workflow handles both initial deployments as well as future site updates.

Confirmation by the OSF conveys recognition of a project’s success in meeting the goals of the pilot process and a commitment from the OSF to continue supporting the project. When evaluating a pilot project for confirmation, the OSF Board of Directors considers, among other factors, whether the project can demonstrate the following:

“This is big news for our community, for two reasons,” said Claire Massey, Senior Programs Manager, OpenStack Foundation. “First, it demonstrates a steady march from pilot to confirmation and production readiness for our pilot projects. It speaks well for the success of our incubation model. Second, it is another proof point that the open infrastructure community wants solutions that incorporate the power in the combination of OpenStack and Kubernetes to deploy, operate and manage the end-of-life process for infrastructure resources at scale.”

Airship became an OSF pilot project in May 2018 and was confirmed on October 22, 2019. During this time,

Quotes from Organizations Contributing to Airship

Christopher Price, head of Ericsson Software Technology, Ericsson:
“The Airship project and community is at the forefront of combining open source container technologies and infrastructure management for continuous lifecycle management of cloud platforms at scale. The confirmation of the Airship project highlights the continuous adoption of new technologies, and ongoing adaptation of cloud infrastructure, that we have come to expect from the OpenStack Foundation.”

Adrian Ionel, co-founder and CEO, Mirantis:
"Replacing VM-based infrastructure with cloud native, open technologies based on containers and Kubernetes will yield order-of-magnitude efficiency improvements for telco network environments and beyond. Working so closely with the Airship community will accelerate the delivery of the benefits of Kubernetes to the broad ecosystem of telecommunications providers."

Kangwon Lee, vice president, head of Cloud Labs, SK Telecom:
Our ongoing collaboration with Airship has been an important part of SK Telecom’s cloud native infrastructure development. SK Telecom is integrating Airship not only with telco network, but also with innovative services like AI, Media, and Mobile Edge Computing systems. We will continue to engage with the Airship community and OSF to drive open innovation.

Glenn Seiler, StarlingX Community Member
“The StarlingX community congratulates Airship for attaining confirmation. This is a critical step in a project’s lifecycle and attests to the impact Airship has had in the last twelve months. StarlingX has been collaborating with Airship since both projects started last year, and StarlingX has integrated Armada, a key Airship sub-project, to create a best-of-breed platform for edge deployments. We are looking forward to further collaborations with the Airship project.”

About the OpenStack® Foundation
The OpenStack Foundation (OSF) supports the development and adoption of open infrastructure globally, across a community of over 100,000 individuals in 187 countries, by hosting open source projects and communities of practice, including datacenter cloud, edge computing, NFV, CI/CD and container infrastructure.