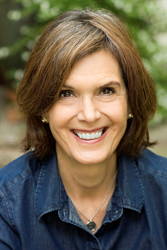 In contemplating what is best for ACCFB and our community, it seemed right to work with the board on a transition to an energetic, accomplished leader who will help us grow...

“The past several months have made a few things clear: the economic impact of the pandemic is going to last for years, the ACCFB staff and board are amazing, and our financial position is incredibly strong,” said Bateson. “In contemplating what is best for ACCFB and our community, it seemed right to work with the board on a transition to an energetic, accomplished leader who will help us grow, forge new partnerships, and deepen our critical racial-equity work – and could serve the community for the duration of this enormous recovery effort.”

Despite the deep challenges of the pandemic, ACCFB is continuing to meet the needs of the community.

"Suzan has led ACCFB with such a tremendous heart, it will be hard to replace her," said Candi Thornton, founder and director of Arsola's Distribution Center and Community Services, who also serves as a member of ACCFB's board of directors and the ACCFB Network Chairperson. "I am deeply grateful for her support and advice over the years, which has helped build up my organization and the rest of the network to have the greatest impact possible. At the same time, I'm excited at the potential for a new executive director to partner with and continue building upon the incredible foundation that Suzan has helped build."

Suzan joined Alameda County Community Food Bank as executive director in 2001. During her two-decade tenure, the Food Bank has grown its annual budget from $3.75M to more than $20M; established a permanent headquarters site in Oakland; tripled its roster of employees; and more than quadrupled its annual food distribution – with a target of more than 52 million pounds this fiscal year ending June 30, 2021.

In 2005, Suzan was the first Food Bank leader in the nation to stop the distribution of carbonated beverages, promising the ACCFB board of directors that she would replace the million-pound loss in distribution with farm-fresh produce. Since then, the Food Bank has increased its distribution of produce, from 1 million to 20 million pounds annually, accounting for more than half of the total food distributed prior to the COVID-19 response. Under the current strategic plan, Alameda County Community Food Bank—through its multitude of innovative services—will provide the equivalent of 120 million meals worth of food by 2023. Those services include one of the nation’s first food bank-based CalFresh (Supplemental Nutrition Assistance Program) outreach and application assistance programs, and nationally-recognized anti-hunger advocacy efforts. The organization’s success and bold approach earned it Feeding America’s national food bank of the year in 2016, and numerous other recognitions during Suzan’s tenure.

In 2020 Suzan received Feeding America’s prestigious John van Hengel Fellowship, awarded to one food bank leader annually in recognition of their local impact, national influence, commitment, and entrepreneurial spirit in hunger relief. Suzan is a 2017 inductee into the Alameda County Women’s Hall of Fame, which honors local outstanding women for their contributions to the community. She is currently chair of Feeding America’s Western Region and serves on the Feeding America national advisory committee. Suzan has formerly served as both board chair and board member of the California Association of Food Banks and was an inaugural member of Feeding America’s Policy Engagement and Advocacy Committee (PEAC).

“It’s clear that filling the executive director position after Suzan will be no small feat,” says Beth Strachan, ACCFB board chair. “Still, there is so much work to be done, and while change is always hard, we have every confidence in this organization to continue blazing trails to meet the needs of the community, despite the deep challenges of the COVID pandemic. Among Suzan’s greatest accomplishments as a leader is hiring and nurturing a passionate and committed leadership team, which offers decades of experience to every core function, from fundraising to operations.”

The ACCFB board has engaged Korn Ferry, one of the country’s best-rated firms for executive search, which has a deep commitment to diversity, equity and inclusion by design, not by default. Bateson will stay through the transition to ensure continuity and a solid handoff to the new leader.