All Is Well: New Study By PsychTests.com Reveals Unexpected Advantages Of Optimism

A new study by PsychTests.com indicates that optimists experience a number of benefits as a result of their outlook, including better job performance and a lower likelihood of depression. 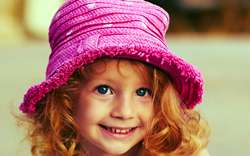 Optimists are not just upbeat. They also like themselves, perform better at work, and have a large support network.

It’s not hard to see the advantages of being an optimist. Research has shown that people with this outlook are better at coping with stress, they’re happier, and even healthier. Optimism can also be infectious. Walk into a room filled with optimists and you would probably find yourself feeling more upbeat and content. There’s more to optimism, however, than the positive mindset and hopeful outlook. A recent study from PsychTests reveals that optimists have several more surprising advantages over their glum counterparts.

Assessing data from over 16,000 people who took their at: Happiness Test (at: https://testyourself.psychtests.com/testid/2114), PsychTests’ researchers focused their analysis on a sample of 1,658 pessimists and 1,545 optimists.

Here is Where They Differed:

On The Flipside, Psychtests' Stuy Also Revealed That:


“Optimism isn’t about pretending to be happy when you’re not, acting like problems don’t exist, or taking chances on blind faith,” explains Dr. Jerabek, president of PsychTests. “It also doesn’t mean that you should repress your negative thoughts. Those are the kind of pie-in-the-sky optimists who refuse to accept reality as it is and can actually be quite reckless. The best outlook is optimism with a dose of realism. These are the optimists who recognize that there is a lesson in every negative situation and every failure. They prepare and plan ahead in case something could go wrong, but they also stay positive and focus on possibility, hope, and success. Most importantly, they understand that their outlook has a huge impact on their circumstances, and as our study and many other studies have shown, the benefits of being optimistic are numerous. You don’t have to force yourself to be cheerful. Just strive to remember that how you view a situation impacts how you cope with it and how you approach it. So why not do so with an attitude of hope, promise, and positivity?”

Are you an optimist or a pessimist? Check out our Happiness Test at: https://testyourself.psychtests.com/testid/2114

To learn more about psychological testing, download this free eBook:http://hrtests.archprofile.com/personality-tests-in-hr

A positive mindset generates a number of benefits.Here’s where optimists and pessimists differed: