What do Wales, Ireland, New York and Australia have in common? A hit Xmas single of course! They laughed at him when he said he was going to write a memorable Xmas song but they are not laughing now! 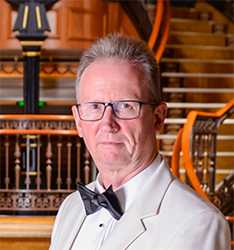 Welshman Kevan Eveleigh, who cannot read music or play any musical instruments used the power of the internet to create a hit single that is now played around the world at Xmas time, regularly receiving rave reviews from his listeners across internet radio and beyond. Listen to the music and the remarkable story behind the track at http://www.kevaneveleigh.com/hit-single/.

Approaching a sensitive age Kevan set himself the target of doing something he never dreamed he could do and says “if I can do it anyone can, all you need is a little help from your friends – your new internet friends!”.

Kevan wrote the music in his head because he says “that was the only instrument I could play!”. He then added and refined the words, and hummed the tune into his Iphone but suddenly he was stuck.

Using the internet he tracked down a guitarist in London who could convert his hummed tune into a real musical track, which matched his own version perfectly.

Next stop was Ireland where he used a full virtual symphony orchestra to create a joyful instrumental and the result is amazing. After that he added professional vocals from a singer in New York. The final mix of the track was made in Melbourne, Australia.

Kevan added “Remarkably I have never spoken to any of the contributors to the track and none of them have any knowledge of each other. It was all done via the web and people seem to love it. In these miserable COVID times I’m glad it brings a smile to people’s faces!”

The instrumental version is called “Let Christmas Begin” and sounds like a classical film score whilst The Santa Song is a happy, smiley, fun version with big New York vocals. Kevan says “Everyone starts tapping their feet as soon as they hear it, as the naughty party Santa does his rounds on Xmas Eve!”

He goes on to say “I did it to challenge myself and never dreamed it would be so successful". My version is "Xmas Time" recorded in one take but I learned so much from the professionals along the way.

His ambition is to hear the track played by a live orchestra in a grand setting which would prove that not only is the COVID crisis over but that music is truly available to everyone, however limited your ability.

You can hear the track and how it developed at http://www.kevaneveleigh.com/hit-single/