How can investors protect themselves from rising interest rates? A recent post at American IRA argues that a Self-Directed IRA makes an ideal vehicle for investing to avoid the negative consequences of higher interest rates. 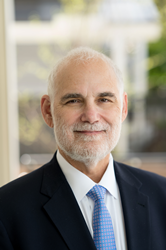 When interest rates rise, it is typically because central banks are detecting inflationary pressures in the economy

According to a recent post at American IRA’s blog, there may be a number of assets to avoid and assets to consider. Assets to avoid would include bonds—even though it’s not a reason to panic, high-yield and private placement bonds can be placed within a Self-Directed IRA and are not tied closely to interest rates. That gives the investor some degree of independence.

Real estate is another area in which rising interest rates can potentially affect an investor without adequate preparation. But as mortgage rates go up, there is increased demand for rental property as many would-be home buyers shy away from the higher rates. That creates a bigger market for investment property, which an investor can hold within a Self-Directed Real Estate IRA.

Another asset class for Self-Directed IRA holders to consider is that of precious metals. According to the post: “When interest rates rise, it is typically because central banks are detecting inflationary pressures in the economy. That is why they are increasing interest rates – inflation is making them nervous.”

Gold is a popular hedge against inflation in a variety of ways. But holding metal coins and bullion can add to the overall feeling of security provided by a Self-Directed IRA, especially when interest rates are rising, and it seems there are few avenues to escape them.

For more information on how investors can protect themselves from rising interest rates, or to learn more about the Self-Directed IRA, call American IRA at 866-7500-IRA or visit the blog at http://www.AmericanIRA.com.