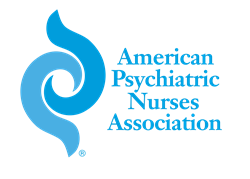 It is important to celebrate the accomplishments of these exceptional nurses and to recognize the crucial role of all psychiatric-mental health nurses in providing quality mental health care, especially in under-served areas and for vulnerable populations.

The American Psychiatric Nurses Association (APNA) has announced the selection of nine groundbreaking nurses in the field of psychiatric-mental health and one APNA chapter to honor at the virtual APNA 34th Annual Conference September 30-October 4, 2020. These award recipients include nurses working to provide crucial mental health care to address concerns such as suicide, dementia, and the health our military.

This year’s recipients were nominated by their colleagues and chosen for this honor by a committee of their peers. Each embodies the conference theme, Psychiatric-Mental Health Nurses: Proud Partners in the Journey to Whole Health.

“The APNA Annual Awards are a chance to recognize the brilliance within our profession and show our gratitude to these nurses who inspire us,” says Tari (Sattaria) Dilks, RN, DNP, APRN, PMHNP-BC, FAANP. "It is important to celebrate the accomplishments of these exceptional nurses and to recognize the crucial role of all psychiatric-mental health nurses in providing quality mental health care, especially in underserved areas and for vulnerable populations.”

Linda Beeber PhD, PMHCNS-BC, FAAN, Professor and Associate Dean of Nursing, University of North Carolina, Chapel Hill, NC, is the recipient of the APNA Psychiatric Nurse of the Year award for her exceptional accomplishments, including pioneering interventions in individuals with maternal depression. She recognized early on the significance of improving the mental health of mothers, and by providing a path that clinicians and mothers can follow, her work has led to healthier outcomes.

Barbara Limandri PhD, PMHCNS-BC, Professor Emeritus, Linfield College, Portland, OR, will receive the APNA Award for Distinguished Service for career-spanning efforts as a scholar, teacher, clinician, mentor and role model. A leader volunteering on the national and chapter level, her achievements include the development of an innovative competency-based suicide prevention training program and facilitator course that fills a gap in the training of psychiatric-mental health nurses and builds their confidence in caring for at-risk individuals.

Michelle Giddings DNP, PMHNP-BC, FNP-BC, private practice, Las Vegas, NV, will receive the APNA Award for Excellence in Practice – APRN, in recognition of her role in improving training for nursing students which can be applied to care in various settings.

Suzie Marriott MS, BSN, RN-BC, Associate Director of Nursing, Stony Brook University Hospital, Port Jefferson Station, NY, will receive the APNA Award for Excellence in Leadership – RN for managing safe environments though implementation of the “Safe Wards” model and suicide prevention programs in the UK and the US.

Olimpia Paun PhD, PMHCNS-BC, Associate Professor, Rush University, Chicago, IL, will receive the APNA Award for Excellence in Research for her work examining an intervention program for caregivers of persons with Alzheimer’s disease or related dementia.

APNA Arizona Chapter will receive the APNA Award for Innovation – Chapter for introducing an online book club which created a space to connect with members across the state and around the country.

The American Psychiatric Nurses Association is accredited with distinction as a provider of continuing nursing professional development by the American Nurses Credentialing Center's Commission on Accreditation.