For a second consecutive year, AmeriPharma has been featured amongst the top-performing healthcare industry leaders. 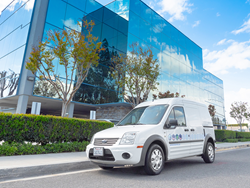 AmeriPharma’s newest addition to its services, MedBox, has largely contributed to much of the company’s growth within the last three years.

For a second consecutive year, AmeriPharma has been featured amongst the top-performing healthcare industry leaders on the distinguished 2020 Inc. 5000: The Most Successful Companies in America list.

With humble beginnings as a community pharmacy, AmeriPharma found a niche in identifying underserved sectors of the pharmacy industry, starting with the local long-term care community. As the company continued to establish trust within the community, it grew to operate four separate divisions to better serve the unique needs of its diverse clientele.

AmeriPharma’s newest addition to its services, MedBox, has largely contributed to much of the company’s growth within the last three years. With MedBox, AmeriPharma’s customers get their medications sorted by the dose into individual packets and delivered to their door at no additional cost.

“MedBox is a unique solution to a medication management problem that relates to so many,” says Dr. Andrew A. Harper, founder of AmeriPharma.

“This system was initially developed for long-term care patients with complex medication needs,” says Harper. “But MedBox is now making that same level of advanced care and technology available to the general public.”

Each division has adopted AmeriPharma’s “We Care!” philosophy by placing patients at the forefront of every single decision, action, and innovation.

In 2006, AmeriPharma opened its doors for the first time as a community pharmacy. Dr. Andrew A. Harper and Gor Mnatsakanyan, Esq., founders of AmeriPharma, wanted a retail pharmacy experience that would offer reliability, personalized attention and convenience to the community.

It didn’t take long before Long Term Care (LTC) facilities recognized AmeriPharma’s service and dedication. AmeriPharma quickly became the pharmacy of choice for many LTC facilities in the surrounding areas.
As patient and facilities’ demands grew, AmeriPharma adapted to cater to them, fulfilling their mission of providing excellent pharmacy services and enhancing our patients’ quality of life.