An Unforgettable Life: A Father Remembers His Son’s Life and Powerful, Inspiring Light

Xulon author tells the story of his lateson’s endurance through abuse and how he remained an inspiration to others. 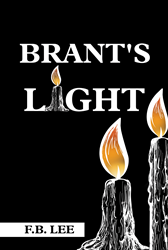 Brant’s Light depicts the true story of author F.B. Lee’s oldest son, Brant. Lee explains the abuse of Brant’s mother and how Brant’s enduring personality inspired everyone around him.

Then, a broken court system controlled by his mother's family sent him spiraling into being admitted into a mental hospital on suicide watch. He would meet an angel there who would provide the opportunity for his escape from his abusive mother. He would escape her and learn the power of prayer through the lighting of candles from his grandfather. His new world would grow bright again as he competed in cross country at the Down Under Games in Australia.

He excelled in his new school and his senior year led a high school football team to a state championship with the divine intervention of a thunderstorm. Sadly,his future ended in tragedy, but he would be remembered in an unforgettable monument of life built on a mound of love from the town he grew up in.

F.B. Lee was born in a small town in the Midwest on February 4, 1972 as the oldest in a family of eight. They grew up poor on a small farm. He was married in 1995 and divorced in 2012. Lee had four children who are the light of his life. His oldest son Brant died in August 2015 of drowning followed by his father in January 2016.

Xulon Press, a division of Salem Media Group, is the world’s largest Christian self-publisher, with more than 12,000 titles published to date Brant’s Light is available online through xulonpress.com/bookstore, amazon.com, and barnesandnoble.com.