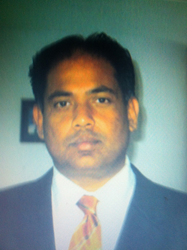 "I have an obligation to conduct all investigations discreetly,that is why they call us "private investigators".

Andy Gomez of GPS and Associates has been hired by large U.S corporations to conduct investigations overseas. In an attempt to curtail spending and prevent fraud and influence peddling, several large corporations that have offices in India, Philippines, Brazil and Vietnam, have sought the help of Andy Gomez and his investigative team of Godrej Investigative services, a subsidiary of GPS and Associates.

When asked recently about how investigations would be implemented outside the United States, Andy Gomez said, "We have a network of 350 or so investigators in the U.S that we hire or contract with here at home. Likewise we have a network overseas, however unlike here at home, these investigators will have to be coached, trained and monitored closely to get our objective met." When pressed as to the nature of these types of investigations, Gomez indicated that they would range from surveillance, mystery shopping, forensic accounting and various other types of fraud detection. In attempting to learn who some of these clients were, Gomez said, "I don't ever disclose my clients, I have an obligation to conduct all investigations discreetly, that is why they call us "private investigators". We don't kiss and tell, we certainly don't need the exposure, in this business the less of that you have, the better."

After learning that Andy Gomez and GPS were used to surveill the chad debacle in 2000's vote recount, we asked him if his team were hired to surveill the upcoming election. He quickly dismissed it. "I don't know is this a election year?" he retorted.

After spending nearly three decades in the Background Screening, Investigations and Intelligence field, Andy is a sought after Investigator and highly-regarded throughout the industry. He has won several accolades in several fields of investigations and for his profound leadership and exemplary work in wrongful death cases, insurance fraud and litigation support.