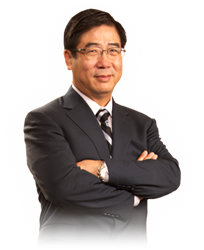 Frequently called arthritis of the spine, the debilitating disease initially manifests itself as stiffness, transient pain and inflammation of tendons in the vertebrae of the neck and back, especially in the lowest portion of the spine where it meets the pelvis.

Ankylosing spondylitis (AS) -- like the name, “it’s a bit complicated,” says spinal surgeon Kaixuan Liu, MD, PhD, who notes that the chronic, inflammatory joint disorder is difficult to diagnose, and its causes still not clearly understood. Frequently called arthritis of the spine, the debilitating disease initially manifests itself as stiffness, transient pain and inflammation of tendons in the vertebrae of the neck and back, especially in the lowest portion of the spine where it meets the pelvis. If left untreated, the condition can prompt bone-spur formation. The spurs grow and eventually create bony bridges and fusion of vertebrae, making the spine less flexible and forcing a hunched-over posture that may impede breathing, says Dr. Liu, founder and medical director of the Atlantic Spine Center.

As the condition progresses, it affects other tendons and joints like the hips, elbows, knees, and Achilles tendon and various bodily systems, such as the eyes (uveitis), heart, gut, even the skin (psoriasis), Dr. Liu indicates. He refers to recent studies that show a higher risk of death from heart disease and stroke and a reported 50 percent increase in risk of blood clots in patients with AS.

“What happens in AS is that a patient’s immune system becomes dysfunctional and begins attacking healthy tissue in the joints and other areas of the body,” Dr. Liu explains. Bone spurs and spinal rigidity occur when the body attempts to quell inflamed tendons by building up calcium in affected areas.

AS appears to develop most often in younger men between their teen years and mid-40s, although some experts suspect the disease may be under-diagnosed in women.
Besides gender, other potential causative agents include genetic variants, alterations in the body’s immune system, ethnicity, family history and environmental factors, such as exposure to certain toxins and infections -- even changes in the bacterial population that normally inhabits the colon, says Dr. Liu. A study published online in August 2019 in the journal Plos One contends AS patients are more likely to have had a history of previous inflammatory problems, such as tonsillitis and appendicitis.

The Arthritis Foundation reports that nearly a half million people in the United States struggle with AS, which is a form of spondyloarthritis and which gets its name from the Greek ankylose, meaning to fuse or grow together, and spondylos, which refers to vertebra. The disease was first described in the 1600s.

Although AS has no known cure, new treatment protocols are proving increasingly effective in controlling the disorder, especially in its initial stages, says Dr. Liu, who emphasizes the importance of early diagnosis by a spinal specialist or rheumatologist. Just this year (2019), the American College of Rheumatology partnered with the Spondylitis Association of America and the Spondyloarthritis Research and Treatment Network in issuing updated guidelines for the treatment, assessment and diagnosis of AS.

“AS is suspected as a potential diagnosis if a patient is 40 years of age or under, complains of back pain or pain in the upper buttocks that has persisted for several months, and indicates the pain lessens with exercise and worsens during rest,” Dr. Liu states. “Although no single test provides a definitive diagnosis of AS, magnetic resonance imaging, X-rays and ultrasound, as well as a blood evaluation, can help determine presence of ongoing inflammation, especially in the lower back and hips.

“Patients often go to multiple doctors before getting a correct diagnosis,” says Dr. Liu.
Over-the-counter non-steroidal anti-inflammatory medications, as well as physical therapy, are one way of controlling AS. As scientists learn more about the disease’s causative factors, new therapies, including medications targeting dysfunctional immune system cells that promote inflammation, are being developed, he says.

In advanced cases, surgery may be required to repair damaged hips and other joints. Less common is spinal surgery, which is usually reserved for correcting severe downward curving of the spine and other significant spinal deformities caused by the disorder, Dr. Liu says.

Meanwhile, Dr. Liu suggests lifestyle changes that AS patients can make to help control their disease:

Improve diet and drop the pounds. Extra weight puts added stress on spine and other joints already affected by disease.