With all the recent FCA, Government, Media and Financial Guru hype, annuity providers are facing anything but a Happy New Year. Personal Finance experts Over50choices comments on the proposed changes. 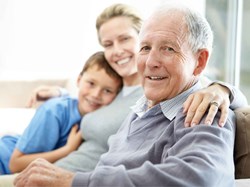 Annuity providers need to stop milking the proverbial cash cow and grab the bull by the horns.

2014 has seen something of a stir in the annuity market, with the government minister, Steve Webb’s proposed industry shake up allowing pensioners to switch their annuity.

Although his analogy may have been better placed, the Pensions Minister does have the right sentiment - the annuity market is not broken, but it does need some shaking up. Annuity providers need to stop milking the proverbial cash cow, grab the bull by the horns, and make changes required to restore consumer confidence.

The problem highlighted in the Daily Telegraph is simple: once someone has purchased an annuity they are stuck with it for the rest of their life and whilst they may have known this at the time of purchase, they may not have realised that they also had freedom to shop around for a better deal.

In addition, it’s fair to say that most people trust their pension provider to give them a good deal. When presented with some pension income numbers, many will opt for the higher figure offering the greatest income without understanding that this is a single life offer that will cease to pay out when they die, leaving their partner unprotected.

So what can be done about it?

Future Proofing requires greater consumer education and awareness to shop around, promoted by the government; after all increased privately supported pension incomes could see less people claiming benefits to top up their incomes, so the government would save money in the long term.

Annuity providers need to demonstrate greater product innovation and offer a new breed of products, such as a “cap and collar” type arrangement, where a person’s pension income could go up or down within an agreed threshold, depending on interest rate movements.

They also have a duty of care, making it clear to consumers that they have the right to shop around, exercising the “open market option” and explaining the impact of purchasing a single life plan or any other options on offer.

Providers should also streamline their costing structures, ensuring clarity by using consumer friendly language as opposed to industry jargon. This added transparency should also hopefully remove the startling differences between the worst and best performing annuities.

If a customer has been miss-sold a plan then of course they have the right to be compensated through the FCA; a process that is already in place today.

What should be introduced is a system that allows consumers to switch to a more suitable scheme within the same company. For example, allowing an existing customer who has purchased a single life plan to switch to a joint offer if that is more suitable option and they are comfortable with the dip in income.

Adding to his suggestions on reform, Ashley Shepherd goes on to say, “This is one of those products that the vast majority of the population know little about which can be scary, so talking through options with a Financial Adviser or their original pension provider is unlikely to happen. As a result around 50% of the population currently take up the offer made by the incumbent pension provider who they trust, missing out on the opportunity to shop around and get a better deal.”

The consequences of Steve Webb’s suggestion of allowing people to switch annuity provider at any time is unpalatable, as providers will need to reduce payouts in order to pay for this added flexibility which will of course reduce pension incomes; not to mention the administrative nightmare that would ensure.