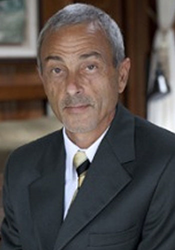 Tony has settled more large, complex commercial cases than anyone in our industry today.

A legendary pioneer in the ADR field, Mr. Piazza began developing his mediation practice in the late 1970s when facilitated negotiations were largely limited to family and labor disputes. He adapted and expanded upon these methodologies and sought to apply them to civil/commercial disputes through his firm, Mediated Negotiations, Inc., founded in 1980. Over the following years, Mr. Piazza championed the development of mediated negotiations as the nation’s preferred alternative to protracted conflict in complex civil disputes. Some of the world’s largest corporations—and many of America’s most revered litigators—have made the visit to Tony’s famed offices in Hawaii to resolve some of the most high-profile, high-stakes cases of the last 40 years. Individual settlements, often arrived at after a single day of intensely focused mediations, have exceeded one billion dollars. Since 1980, Mr. Piazza has successfully mediated the resolution of more than 4000 cases.

Mr. Piazza was recently been rated by Chambers & Partners UK as the top-rated commercial mediator in North America and he was previously honored by the American College of Civil-Trial Mediators with their Lifetime Achievement Award. In addition to his commercial practice, Tony also now devotes a significant amount of time to pro-bono practice, working with non-profit and community organizations.

“Tony was an obvious and popular choice for our first Lifetime Achievement recognition,” commented Darren Lee, NADN’s Executive Director. “We were delighted when Tony accepted an invitation to speak at our Member Retreat a few years back, sharing his experiences with over 100 of our Academy members. To say these members were ‘hanging off his every word’ would be quite the understatement. Tony has settled more large, complex commercial cases than anyone in our industry today. I think it’s also important to remember he began his practice at a time when U.S. litigators were wildly averse to the concept of a third-party assisting with negotiations. Without early innovators like Tony proving the efficacy of mediation through his high settlement rates, many of us would simply not be mediating such cases today.”

The NADN Distinguished Neutral of the Year Award is presented annually to an ADR professional widely considered by his or her peers to have achieved the highest level of excellence in the dispute resolution profession.