Appellate attorney Dennis Temko has convinced a California appellate court to stay a custody order while an appeal of the order is pending. 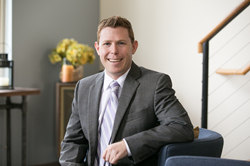 In an appellate brief in support of a petition for writ of supersedeas to California’s Second Appellate District, Temko argued that a Los Angeles Superior Judge erred in changing a custody order sua sponte without notice to either party and without finding that the child was at risk of immediate harm, which is required for such a change under California law.

According to court documents, in M.H. V. B.B, filed in the Court of Appeal of the State of California Second Appellate District, the trial court ordered a change in custody, allowing the mother to enroll the minor child in foreign language immersion school, to which the father objected because he didn’t speak the foreign language and would not be able to help with schooling. The father’s refusal to allow such enrollment and the child’s inability to attend a foreign language school, Temko argued, did not rise to the level of “immediate harm” required for a trial court to change a custody order under California Family Code Section 3064. Because of this, Temko wrote, the appellate court should stay the case until the father’s appeal, and the appellate court agreed.

Temko was admitted to the California State Bar in 2013 after graduating from the California Western School of Law. He volunteers his time to assist pro-per litigants with the California Fourth Appellate District, Division One, self-help workshop and serves on the San Diego Appellate Inn of Court, San Diego County Bar, and is a San Diego Family Law Bar Board Member.