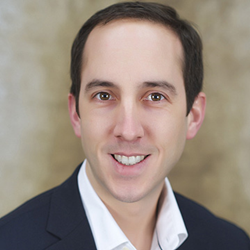 Craig is an accomplished leader with a passion for people and for the business of AMT.

“Craig is an accomplished leader with a passion for people and for the business of AMT. As he has risen through the organization, Craig has lived and breathed AMT’s purpose and core values earning the respect and trust of our employees, as well as our customers and partners,” said President and CEO Michael Jacobs. “Of all the people I know, no one is more capable and better suited for this role than Craig, and I would like to offer him my heartiest congratulations.”

As COO, Salvalaggio will lead overall operations of Applied Manufacturing Technologies services along with sales, engineering, and talent management. His unique combination of technical expertise in automation and robotics combined with his visionary leadership ability led to his promotion.

Joining AMT in 2003, Salvalaggio was originally hired as a robotics software engineer before quickly being promoted through the ranks to project manager, engineering general manager, vice president of engineering, vice president of operations, and most recently chief operating officer. Salvalaggio holds a Bachelor of Science in mechanical engineering from Lake Superior State University, a Master of Science in operations management, and a Master of Business Administration (MBA) from Kettering University.

Salvalaggio is actively involved in the Robotics Industries Association (RIA) as a committee member and co-chair of the RIA Certified Integrator Program, as well as sitting on the Board of Directors for both RIA and Association for Advancing Automation (A3). A prolific writer, Salvalaggio has authored 15 technical articles in a variety of industry journals. He is also an in-demand speaker, presenting at a wide array of industry events, including RIA International Safety Conferences, Automate, SME, ATX West, The Battery Show, and RoboBusiness CRO Summits.