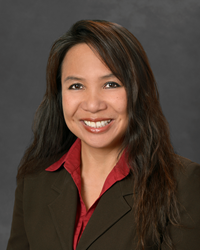 Attorney Toni Jaramilla, of A Professional Law Corporation, recently filed a complaint (Case No. BC660219) in the Superior Court of the State of California for the County of Los Angeles on behalf of Joyce Li against Independent Sports & Entertainment alleging gender discrimination in terms of equal pay and enforcement of company policies. According to court documents the defendant, a professional sports agency, allegedly discriminated, retaliated against and terminated the plaintiff in violation of the Fair Employment and Housing Act, Labor Code § 1197.5, and in violation of public policy.

The plaintiff worked in the sports industry for more than ten years and is experienced in working with NBA players. The complaint alleges that through her excellent work performance, the agency’s basketball division broke records by negotiating more than $400 million in NBA player contracts. The plaintiff was key to saving the company’s basketball division through her work with NBA all-star player, Dwight Howard, one of the agency’s highest revenue-generating clients. However, according to court documents, the plaintiff was in essence performing duties of a sports agent, yet was not permitted to participate in fee splits or commissions like her male colleagues. Her yearly salary was also significantly less than her comparative male colleagues who received aggressive pay raises and large bonuses.

The plaintiff’s complaints of unfair treatment were brought to the attention of top executives, including CEO Hank Ratner, and on December 22, 2016, she was terminated. Human Resources claimed that she was being terminated for “lack of clients,” which, court documents allege, was untrue. At this point, the defendant allegedly had either terminated or forced all but one remaining female employee out of the Basketball Division and replaced them with male employees.