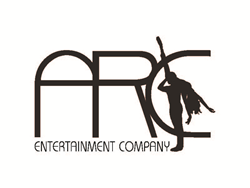 ARC Entertainment founder Kirsten Bloom Allen said, “Everyone is really feeling the void of not seeing live entertainment. We hope to offer fans of dance and ballet a great opportunity to gather your family together and enjoy this special event while celebrating the holidays. ”

Performances will begin on Wednesday December 23 and continue through Sunday December 27 and will include daily shows,11AM (PST) and 6PM (PST). Tickets are $15, and the event will feature selections from “The Nutcraker,” along with two world premiere holiday-themed dances and an exclusive look at the Award-Winning Short Film “Covid Rockin.”

“Covid Rockin,” is a satirical look at a day in the life during COVID. Inspired by iconic filmmaker Martin Scorsese, the short film marks filmmaker Magnus Christoffersen's directorial debut. It is produced by Christoffersen along with ARC Entertainment Company and marks the debut performance of fellow dancer and comedian Tigran Sargsyan and ballerina Kirsten Bloom Allen. “Covid Rockin,” was awarded the Certificate of Achievement Award from The Indie Short Fest in September.

ARC Entertainment founder Kirsten Bloom Allen said, “Everyone is really feeling the void of not seeing live entertainment. We hope to offer fans of dance and ballet a great opportunity to gather your family together and enjoy this special event while celebrating the holidays.”

At the start of the pandemic in March, Kirsten, Magnus and Tigran made the decision to quarantine together in order to offer free dance performances via livestream daily on Facebook and Instagram. They transformed Kirsten's backyard into a stage and have performed over 170 free shows to viewers globally to offer live dance for fans of the arts during these difficult times.

Their backyard ballet performances recently garnered attention from fans including NBC’s LXTV where they performed a commemorative Veteran’s Day performance to the song “Up High,” by Pelle Fryd, as well as a special dance 9/11 dance to Disturbed’s “Sound of Silence,” to the US Military where they were asked to create a special performance for the USO leading into 4th of July. They performed “Shallow,” by Lady Gaga and Bradley Cooper from “A Star is Born,” to commemorate Independence Day and for Father’s Day they performed to various songs including “Eye of the Tiger,” by Survivor.

In May, the trio danced to commemorate Memorial Day to help share messages of positivity and hope and to thank our troops for their service. Kirsten, Magnus and Tigran danced to a “Somewhere Over The Rainbow,” by Israel “IZ” Kamakawiwo’ole. They created this as a gift for Mother’s Day celebrating mothers all around the world during this difficult time because a mother’s love only grows stronger in these difficult times.

Additionally, they have taught children at ECF the basics of dance, performed for Seniors online at http://www.seniorly.com as well as Noah’s Ark, a low-income housing property in Lakeland, Florida and even received a shout out during the San Diego Mayor’s Daily Briefing reminding residents to tune-in and watch their daily live streams.

The performers have been featured on several nationally syndicated television shows including Good Morning America, LXTV, “Right This Minute,” “Liquid Lunch on Newsmax,” and “Daytime.” Additionally, they have been featured on several television news programs throughout the US including their hometown market of San Diego, Los Angeles, New York, Chicago, Charlotte, Phoenix, and San Antonio.

ABOUT ARC ENTERTAINMENT COMPANY:
Kirsten, Magnus, and Tigran are the Directors of ARC Entertainment Company which is their creative concept for merging dance with rock music, art, and cinema.

Kirsten Bloom Allen is the Founder and Principal Ballerina of ARC Entertainment Company. Allen's career included many notable performances at the Kennedy Center in Washington DC and well as performances in China. Kirsten also danced a private ballet performance for former president George H.W. Bush and Barbara Bush. Kirsten has been described as a "beautiful dancer with a sensual style of movement that draws her audience in." Kirsten is a wife and a mother of two boys.

Magnus Christofferson is the Artistic Director and Principal Male Dancer of ARC Entertainment Company. Magnus is from Denmark and danced with the prestigious Royal Danish Ballet in Copenhagen. Magnus wrote produced and starred in the award-winning film "The Dancer".

Tigran Sargsyan is the Resident Choreographer and Principal Male Dancer of ARC Entertainment Company. Tigran is from Armenia and has performed throughout Europe and the US as a principal male dancer. Tigran competed at the renowned ballet competition "Prix de Lausanne" and received a scholarship from The Rudolph Nureyev Foundation.