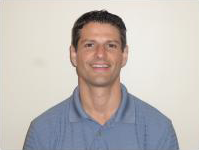 Among the approximately 150,000 ACL injuries every year in the United States, various estimates put the number sustained by women at two to eight times those suffered by men.

September 2015 – An audible “pop” often signals a torn anterior cruciate ligament in the knee, one of the most common – and dreaded – injuries for young athletes, particularly girls. Among the approximately 150,000 ACL injuries every year in the United States, various estimates put the number sustained by women at two to eight times those suffered by men. And female athletes between the ages of 15 and 19 account for the highest number of ACL injuries.

No other common orthopedic injury is as terrifying, as disabling or as damaging to a young athlete's career. A torn ACL requires surgery and six to nine months of recovery and rehabilitation before a return to the playing field. And having torn an ACL once increases the risk of suffering a second injury to the ligament as well as the risk of early onset of osteoarthritis in the knee. “The short- and long-term consequences of a ruptured ACL have prompted the development of conditioning programs designed to prevent the injury,” says Robert Fay, clinical director at Armonk Physical Therapy & Sports Training. “Since the factors that affect the risk of ACL injury may be different for every girl, a comprehensive evaluation by a qualified physical therapist can help each athlete undertake training that will improve her odds of staying healthy.”

The anterior cruciate ligament is one of four primary ligaments that connect the bones that comprise the knee joint. The ACL, located in the middle of the knee, connects the shinbone (tibia) to the thighbone (femur). It acts to stabilize the knee and prevent the lower leg from sliding too far forward. While an ACL rupture can result from contact, as in a football tackle, the vast majority, especially in girls, are caused by stopping suddenly, changing direction rapidly, or landing a jump incorrectly. The high school sports that put girls most at risk are the ones that require those motions: soccer, basketball, volleyball, and gymnastics.

Why do girls suffer more ACL injuries?
Starting at puberty, a surge in testosterone in boys produces more muscle, making them stronger but less flexible. Girls at puberty tend to add fat rather than muscle and their ligaments are more lax, making them more flexible but with less supporting muscle mass and strength to keep joints stable. “Biomechanical studies have also shown differences in how girls and boys use their muscles,” says Mr. Fay. “For example, they land a jump differently and they run differently, with less neuromuscular control of the knee. Fortunately, these factors can be modified with proper conditioning and the risk of ACL damage reduced.”

Preventing ACL Injuries
A physical therapist or training professional can develop a sport-specific program designed to reduce the risk of ACL injuries. These programs focus on plyometrics, balance, and exercises that improve strength and stability.

Training is the primary component of a strategy to minimize the risk of injury for young athletes but it isn't the only one. “Kids are often encouraged to concentrate early – sometimes as early as middle school – on a single sport,” Mr. Fay says. “That means they're using the same muscles every day. And with the growth of club sports, traveling teams and specialized camps, they're playing that sport more often, even all year round. Their muscles never get a chance to recover and they have many more opportunities to get hurt. Proper conditioning, taking breaks, and playing more than one sport in the adolescent years can build strength and endurance and help support a healthy athlete for years to come.”