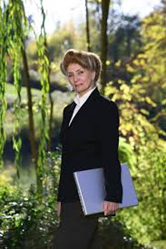 Artificial intelligence is changing the way we live on this planet and its future is limitless according to Sharon Kleyne, host of the internationally syndicated radio program The Sharon Kleyne Hour Water Life Science®/Nature’s Pharma®, The Power of Water® & Your Health sponsored by Nature’s Tears® EyeMist® on VoiceAmerica and her special guest, Richard Li, a graduate of biochemistry, a graduate teaching assistant at Western Washington University, an author and concert pianist who studied to be a surgeon before switching paths to computer science and artificial intelligence.

For Kleyne, of course, everything begins with the water evaporation of the water vapor in the atmosphere. “Lack of education has been very concerning to me,” says Kleyne. “For planet earth to exist to eternity, people need to take the water seriously. Breathing the moisture in the atmosphere is vital to life. Evaporation takes you from dehydration to death. You need to know that word: Evaporation!”

Richard Li describes how “artificial intelligence is all about using computers to write software that thinks and process information like humans do. I’m specializing in the field of the mathematics of machine learning and deep learning, which is sort of a subset of artificial intelligence,” says Li.

Li goes on to describe how machine learning uses mathematical models, algorithm, in order to take in data that you currently have and extrapolate it in order to accommodate future information. It allows you to build models that predict alternative outcomes. Deep learning uses what is called a convolutional network in order to model the human brain.

Kleyne also raises the issue of world security and the ways it might be impacted by artificial intelligence. “China,” says Li, “has the most highly developed artificial intelligence system in the world. More than 300 million facial recognition cameras are installed throughout China. If, for example, you jaywalk,” says Li, “a camera/computer will immediately identify you and deduct a fine from your bank account.”

Still, artificial intelligence can be a force for good and can be used for almost anything such as storage and predicting alternate outcomes, Li points out.

Listen to the talk radio program organized by program director Rose Hong of Global Dragon TV and featuring Richard Li, pianist and author of Find True North (an identity and freedom quest tale set in North Korea) who is also a graduate student and a Graduate Teaching Assistant at Western Washington University in computer science and artificial intelligence and new water technology educator and evaporative dry eye researcher Sharon Kleyne as they discuss artificial intelligence and its possible application to the medical field, security, atmosphere, education, water and evaporation, follow this link: https://www.voiceamerica.com/episode/121578/artificial-intelligence-will-it-change-the-world

If you would like to watch a brief, entertaining educational film that demonstrates the application of the new Dry Eye Solution® technology Nature’s Tears® EyeMist®, sponsor of Sharon Kleyne’s talk radio program, go here: https://www.youtube.com/watch?v=l0gOr8TB45U