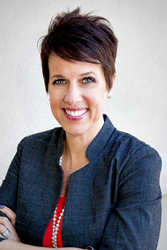 “Lauren’s sales acumen, forward-thinking leadership and great mentorship abilities will allow Northeast to continue to thrive in 2021 and beyond,” stated AssuredPartners President and COO Tom Riley.

Ms. Yurick began her career in the employee benefits industry in 1989 working for both regional and national insurance carriers in numerous sales and leadership capacities. After several years with a large Fortune 500 insurance provider, she became an independent broker and after six years there, she took the leap and started her own agency. Ms. Yurick joined AssuredPartners in July 2017 as a successful producer and soon thereafter became the Western Region Sales Leader where she dedicated her time to her clients, mentoring young sales leaders and refining the internal sales process through producer development and education.

AssuredPartners President Randy Larsen stated, “Lauren has a true passion for our industry which is informed by over 30 years’ experience and displayed in her mentorship as a sales leader. We are confident that Lauren will help identify and develop the next generation of leaders at AssuredPartners while also leading our current Northeast region toward operational excellence.

Tom Kozera, current Regional President who has been promoted to EVP and Corporate Risk Officer, added, “I am thrilled about this new direction in the northeast. The northeast region has great sales and operational talent, and I am confident that Lauren will lead this exceptional group into even greater success.

“We are excited to leverage Lauren’s experience and talents for our operations in the Northeast. We have made several large acquisitions in this region over the last 18 months, which has added to the great foundation established by Tom Kozera and his team. Lauren’s sales acumen, forward-thinking leadership and great mentorship abilities will allow Northeast to continue to thrive in 2021 and beyond,” stated AssuredPartners President and COO Tom Riley.

ABOUT ASSUREDPARTNERS, INC.
Headquartered in Lake Mary, Florida and led by Jim Henderson and Tom Riley, AssuredPartners, Inc. acquires and invests in insurance brokerage businesses (property and casualty, employee benefits, surety and MGU’s) across the United States and in London. From its founding in March of 2011, AssuredPartners has grown to over $1.6 billion in annualized revenue and continues to be one of the fastest growing insurance brokerage firms in the United States with over 190 offices in 34 states and London. For more information, please visit http://www.assuredpartners.com.