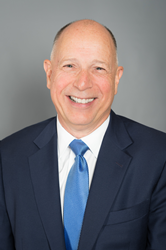 Current President and COO, Tom Riley remarked: “Tom is one of the great leaders and insurance technicians in our industry – a rare combination."

AssuredPartners, Inc., one of the world’s largest and fastest-growing insurance brokers, has promoted Thomas R. Kozera to Corporate Risk Officer and Executive Vice President, where he will serve as the senior risk and insurance advisor to AssuredPartners and its subsidiaries, while continuing to provide the same stellar risk and insurance advice to the clients he has faithfully served for many years. Tom will remain in his regional president responsibilities through June 30, 2021, when the transition to his new role will be official. In the next several days, AssuredPartners will announce the successor to Mr. Kozera as the northeast Regional President.

Tom joined AssuredPartners in 2011 as part of the SKCG Group acquisition – a critical early partnership that helped launch AssuredPartners as a national insurance broker. In the years prior, Tom and his partners had built SKCG Group into one of the premier insurance and risk consulting firms in the northeast.

Current President and COO, Tom Riley remarked, “Tom is one of the great leaders and insurance technicians in our industry – a rare combination. We are grateful for his leadership as a founding agency partner, regional president and insurance expert over these last nine years, and we look forward to engaging with Tom on his new responsibilities which will be of great value to our growing organization.”

Chairman and CEO, Jim Henderson, added, “Of Tom’s many contributions to AssuredPartners, establishing and leading the Regional Leaders Group is one of the most significant. As our company grew by leaps and bounds through acquisition, the Regional Leaders Group, headed by Tom Kozera, became a platform for sharing best practices, implementing operational imperatives, and developing a culture and identity as one organization. We are thrilled to now have Tom more fully engaged at the national and corporate levels, where we will continue to expect exceptional outcomes from his leadership and expertise.”

ABOUT ASSUREDPARTNERS, INC.
Headquartered in Lake Mary, Florida and led by Jim Henderson and Tom Riley, AssuredPartners, Inc. acquires and invests in insurance brokerage businesses (property and casualty, employee benefits, surety and MGU’s) across the United States and abroad in London and Belgium. From its founding in March of 2011, AssuredPartners has grown to over $1.6 billion in annualized revenue and continues to be one of the fastest growing insurance brokerage firms in the United States with over 190 offices in 34 states and London. For more information, please visit http://www.assuredpartners.