As part of the structural reorganization, Astro Pak appoints Todd Dean to the role of Chief Operating Officer. 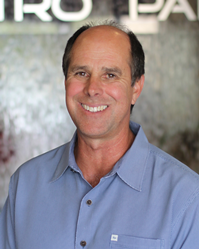 We’ve assembled a very strong leadership team that will help guide the company as it continues its commitment to provide excellence to our customers.

As part of the structural reorganization announced by Astro Pak’s president Ken Carroll in December, Todd Dean has been appointed to the role of Chief Operating Officer for the company. Mr. Dean had been previously serving as the company’s Chief Financial Officer, a role he had held since joining the company in September of 2015. Prior to that, he had been a member of Astro Pak’s board of directors for more than a decade. “As a board member I was captivated by Astro Pak’s culture centered on meeting then exceeding their employee’s and customer’s expectations,” Mr. Dean continued, “ Coupling this culture with the very unique industry they work in was very intriguing so when given the option to join professionally, I jumped in.”

Mr. Dean’s professional career before joining Astro Pak can be described as both broad and diverse. He has been a CPA with KPMG, the Director of Finance for LG&E Energy and the COO of HomeWord, as well as the Executive Pastor of Coast Hills Community Church. Throughout that time, he has overseen large staffs and multiple departments, including accounting, finance, human resources and operations. As Astro Pak’s CFO, Mr. Dean initially oversaw the finance and accounting departments. Soon afterwards, his portfolio expanded to cover corporate services, which included information technology, compliance, legal and human resources. In 2017, his responsibilities increased as he also took on oversight of Field Operations on a national level. With his new position, Cleanroom Services will join Field Operations under Mr. Dean’s purview, uniting the company’s two primary business units under a single leadership. To allow Mr. Dean to focus on his new role, Mr. Carroll has assumed control of the Accounting & Finance, IT, Legal and People & Culture departments.

“I’m extremely optimistic about Astro Pak and its future,” Mr. Dean said. “I believe we’re well positioned with the aerospace sector as they continue to grow as well as the ongoing opportunities with the food and beverage and pharmaceutical industries.” He concludes, “We’ve assembled a very strong leadership team that will help guide the company as it continues its commitment to provide excellence to our customers.”

About Astro Pak
Astro Pak has been the leading provider of passivation, high purity and precision cleaning services in North America since 1959. Astro Pak meets the critical cleaning and surface conditioning requirements for a myriad of industries such as biopharmaceutical and aerospace via our on-site services, as well as our state-of-the-art cleanroom and shop facilities.