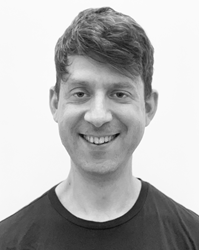 Harry’s depth of experience in identifying opportunities for growth—and then setting strategy and leading teams to effectively execute those plans—is absolutely vital as Attentive continues to break new ground in the conversational commerce space.

Attentive, a personalized mobile messaging SaaS platform for leading brands and organizations, announced today the appointment of Harry Heymann as Chief Technical Officer (CTO). In this role, Heymann will oversee the management of the company’s technical operations and rapidly growing engineering teams. Heymann joins Attentive with more than 20 years of engineering experience at top performing companies like Foursquare, Google, and Microsoft.

Heymann was most recently the Vice President of Engineering at Hometeam. While there, he instituted fundamental changes in how the product was architected, built, and hosted while hiring a team of software engineers to execute the corporate strategy he helped shape.

Previously, Heymann was Vice President of Engineering at Foursquare. As the company’s first employee, he worked closely alongside the founders as an early member of the executive team. While at Foursquare, Heymann was responsible for leading the core engineering decisions that set the technical foundation for the platform’s rapid growth, as well as writing the initial version of the server-side code. Heymann spearheaded recruitment for the engineering team to scale the company and fuel constant innovation, ultimately managing a team of nearly 100 engineers.

“We are thrilled to have Harry join the Attentive leadership team,” says Brian Long, Co-Founder and CEO of Attentive. “Harry’s depth of experience in identifying opportunities for growth—and then setting strategy and leading teams to effectively execute those plans—is absolutely vital as Attentive continues to break new ground in the conversational commerce space.”

“Attentive quickly established itself as the category leader in the mobile messaging software space, and I can’t wait to continue to build on that success,” says Heymann. “The majority of my career has been dedicated to architecting and actualizing scaled technology platforms for some of the world’s most impactful technology companies. I relate strongly to Attentive’s culture of investing in innovation—the team has a clear passion for identifying growth opportunities and creating thoughtful solutions.”

About Attentive
Attentive is a personalized mobile messaging platform for innovative e-commerce and retail brands that can quickly become a top 3 revenue channel. Using real-time behavioral data, Attentive automatically sends engaging text messages to each subscriber at every step of the customer lifecycle. Over 500 innovative brands rely on Attentive and see strong performance, like 30%+ click-through rates and 25x+ ROI. In July 2019, Attentive raised a $40M Series B investment led by Sequoia Capital, one of the world’s leading venture firms, with participation from Scott Dorsey, former CEO of ExactTarget. To learn more about Attentive or to request a demo, visit http://www.attentivemobile.com.